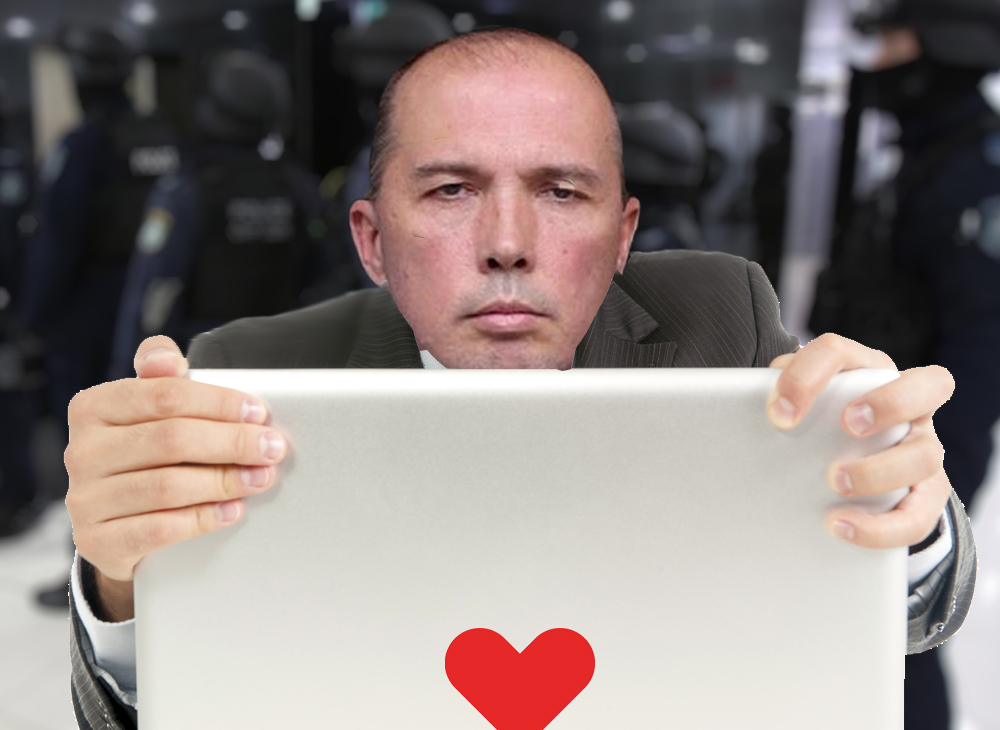 The Minister for Home Affairs, Peter Dutton has been caught mis-using the Government’s new COVIDSafe app to hook up with people who match his preferred privacy settings, in a scandal that threatens to undermine trust in the intitative.

If a user swipes right on the main page of the app, and Mr Dutton has also swiped right on the same user’s metadata, then the app tells users that they have matched with the Minister for Home Affairs.

According to an obscure clause in the legislation that hadn’t been noticed before, users of the app are then required by law to go on a date with Mr Dutton. Due to lockdown laws, this date is usually at the user’s home.

But Mr Dutton said he had done nothing wrong. “I’m the Minister for Home Affairs and all I’m doing it having affairs with people in their homes. It’s right there in my title.”

Mr Dutton conceded that using the app to hook up was not intended in the original design of the app, but that raiding journalists from News Corp and the ABC was not in the original powers of the Australian Federal Police, “but we still did it.”

Mr Dutton said he had always been attracted to people who were into have their privacy invaded.

One user who ended up going on a date with Mr Dutton, said the experience was very romantic, and that Mr Dutton was one of the most charismatic potatoes she had ever met. “He even called me Ruby Princess and said he’d let me doing anything I wanted.”