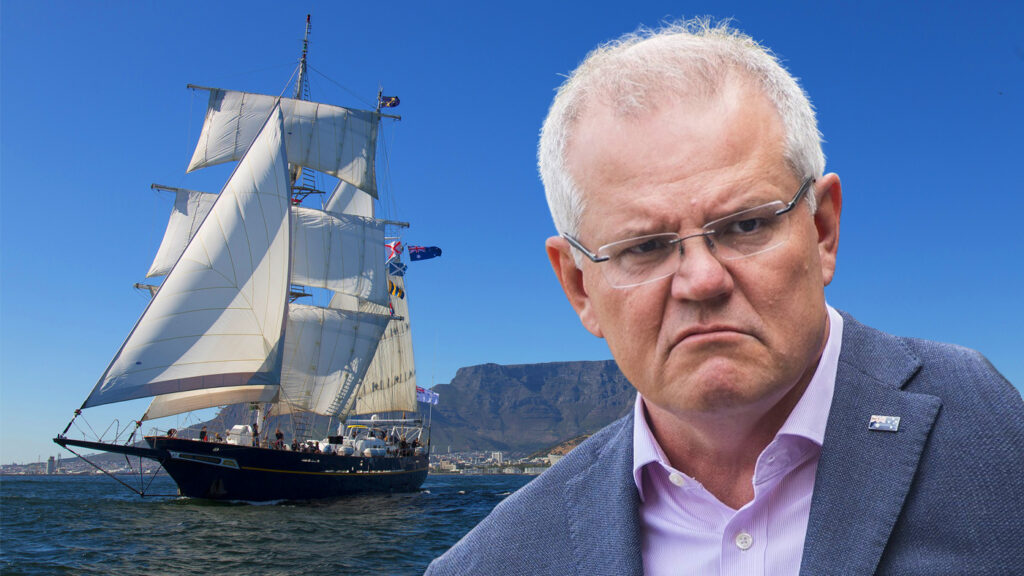 Immigration Minister and part time monster mash Peter Dutton has today joined the chorus of voices calling for Australia day to be scrapped, after learning the day celebrates the time a group of criminals travelled by boat from overseas to invade a sovereign nation’s borders.

“This goes against everything I stand for,” wept Dutton as he was told by colleagues what the day meant to them. “All this time I thought I was celebrating the genocide of brown people, when in actual fact I was supporting something I find morally reprehensible. I am disgusted.”

Asked what he thought about other similar holiday, such as ANZAC day, where Australians join together to celebrate invading Turkey by boat, Dutton said he felt faint, and needed to sit down. “All my life has been a lie,” whispered Dutton. “What’s next, is someone going to tell me that MY family came here by boat?”

Dutton was then rushed to hospital, after being informed that Boxing Day involves a giant boat race, Christmas celebrates a man who travels the world without a passport, and the Queens Birthday celebrates a foreigner who lives off government benefits. Witnesses did not have the heart to tell him about Labour Day.