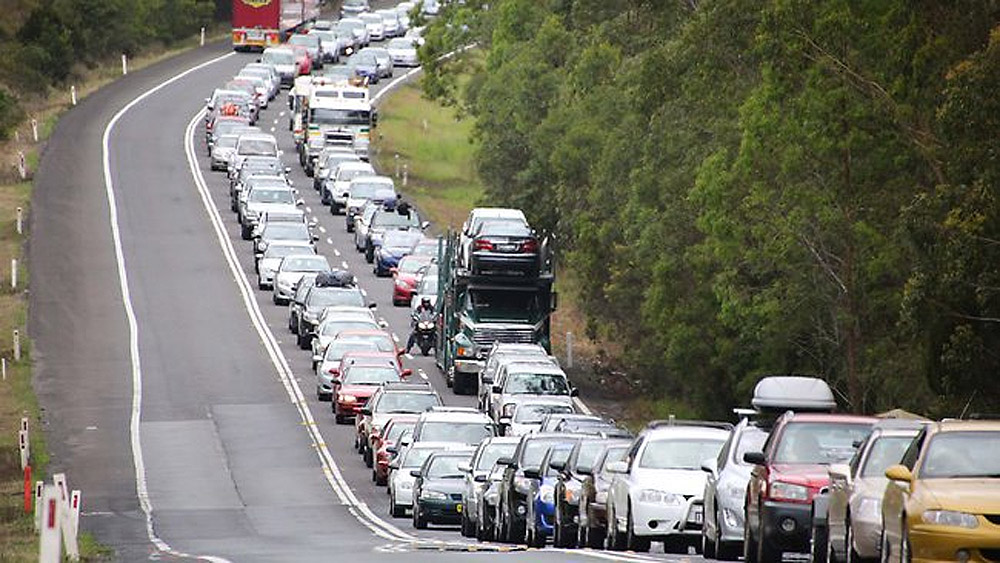 Local office worker Mark Parker said today he was “absolutely delighted” to get a chance to escape the hustle and bustle of working life, to instead spend ten hours sitting in gridlocked traffic in order to reach a whopping fifty kilometers outside the Sydney CBD. Mr Parker is just one of millions of Sydneysiders who have flocked out of the city this Easter long weekend, and who are expected to reach their destinations just in time for the return commute.

While he admitted that all the time spent in the car was a bit of a downer on one of the few rare days he gets to take off from work, Mark said it was all worthwhile to get a chance to be away from the constant stress and pressure of being at work, and to instead spend some time feeling constantly stressed and pressured as a father of three young children instead. “Normally on a Friday I’d be sitting at my desk in an air conditioned office, listening to the radio and chatting with colleagues. Being stuck in a car with three small children who are bored out of their mind and constantly asking whether we’re at the destination or if we can stop at Maccas sure is a nice change from that.”

“Besides,” continued Mark, “I wouldn’t want to be one of those sad sacks who just stays home and wastes their long weekend. Just lying around relaxing, enjoying not having to do anything or be anywhere, can’t imagine a worse way to unwind. Not me though, I’m really getting the most out of this four day weekend by spending two of the days traveling. It’s the only way to really make it count.”