WRITTEN BY
Gavin Seipelt and Tyler Hamilton
For The Chaser 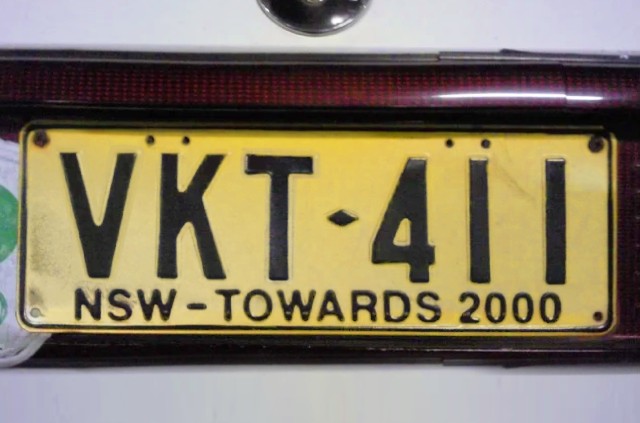 By Gavin Seipelt and Tyler Hamilton

The State of NSW has once again braced to celebrate Sydney 2000 this week, as lockdown measures threatened to plunge the city into a horrifying situation where those stupid ‘2000’ glasses were relevant again. The commemorate the milestone, the NSW government has already re-issued the widely popular ‘Towards 2000’ numberplate, for the benefit of every single Sydneysider looking to try sneak a drive up to Byron Bay.

The Beyond 2000 plate was chosen during an intense 45 minute brainstorm that was abruptly interrupted by a man claiming to be the Prime Creator, and a loud police helicopter. Among the plates discussed was “NSW, The State of Emergency”, “NSW, The Gaslight State” and “NSW, the Hazzard State”. Although concerns were raised that numberplates should not be a priority for the government right now, representatives for the Premier reassured the public that it was a very short meeting, as none of the participants were able to ask any questions.

Asked when the plates would be publicly available, Berejiklian stated they will be released as quickly as possible, and that people “should expect to see them by mid 2023”.