WRITTEN BY
Joseph Mangos
For The Chaser 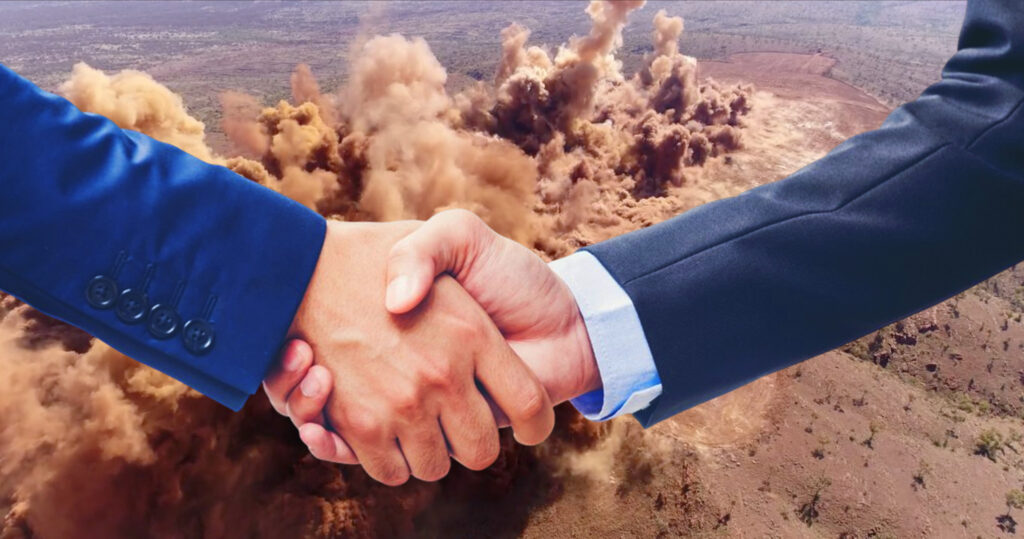 The NSW police force has today proudly announced they will be teaming up with mining giant Rio Tinto to help deliver a new raft of blatantly illegal things that immediately make you say “wait, who on earth thought that was a good idea?”

Working to both their strengths, the two organisations will both be investing in new strip mining leases – with NSW police helping to strip the surface layer of all sites before Rio Tinto delicately blow them up.

The project so far has been a great success, with only eight culturally significant Aboriginal sites irreparably damaged. “We’ve always been great at stripping things,” explained one representative for the NSW police force. “From innocent teenagers catching public transport, to anyone wanting to get into a music festival, we’re always looking for new opportunities to trample on someone’s rights. So when we heard Rio Tinto offering an opportunity for us to combine our first love of stripping things with our second love of debasing the rights of our country’s first people, well we just couldn’t resist.”

Rio Tinto agreed that the programme has gone well, though they admitted it had got off to a rocky start. “Yea we had a board meeting day one where we all got arrested for disturbing the public peace,” explained one executive. “But once the NSW police calmed down we were able to explain to them it was just a misplaced space in the slideshow title, and ‘POLICE – RIOT INTO MEETING’ was not an invitation for them to start senselessly beating everyone there.”