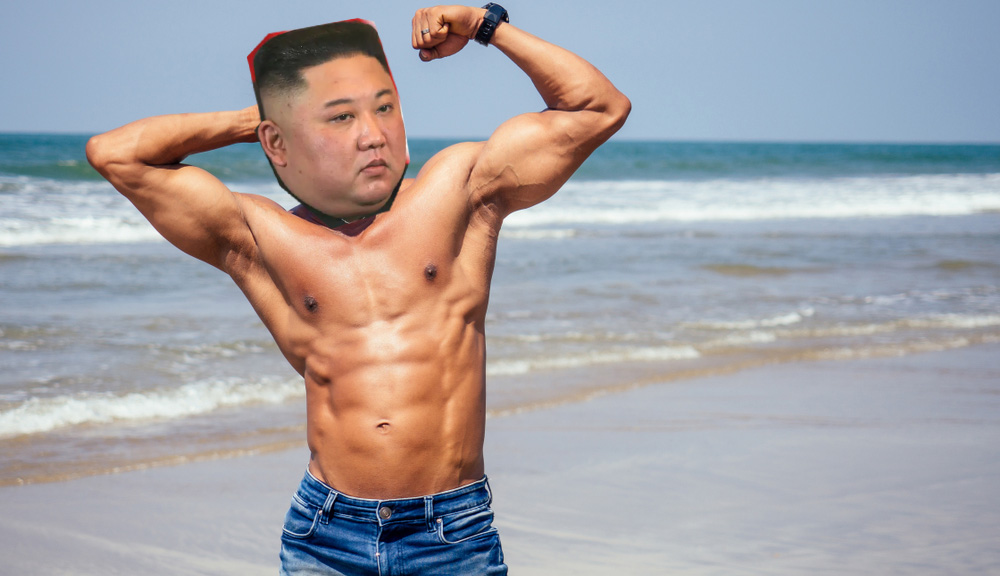 North Korea have today squashed reports that their supreme leader is gravely ill following the first appearance by the President in months. In an incredible show of power, a Hawaiian shirt wearing Kim Jong-Un was wheeled out in dark Ray-Bans by his adoring security guards at a ceremony in Pyongyang’s town square this afternoon.

With ‘Stronger’ by Britney Spears blasting in the background, The Hermit Kingdom’s commander was assisted to a podium where DPRK’s Chief of Military Mee Nah-Lie addressed the public. “As you can see, our fearless leader is healthier than ever! Please ignore the strings.” Mr Nah-Lie explained as Mr Kim waved to the crowd with one hand in an up and down jerking motion. “Please understand, Mr Jong-Unwell is very tired from single handedly eradicating Coronavirus from this planet. He will therefore not be answering any questions at this time.”

Mr Jong-Un’s next scheduled appearance will be at BFF Donald Trump’s Long Island beach house for an end of COVID-19 party. Actors Andrew McCarthy and Jonathan Silverman are also expected to attend with critics already panning the third instalment in the series.