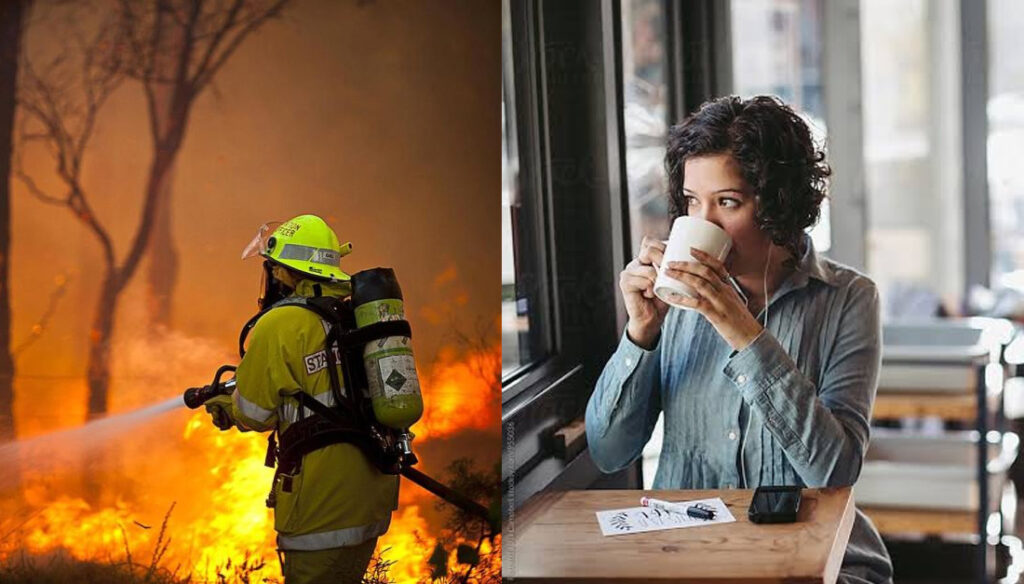 The federal government has today brushed aside suggestions that volunteer firefighters should be compensated for expenses in the wake of a months-long fire season, stating that now is not the time to be discussing such issues as they do not want to distract focus from the construction of the new $380,000 parliament house coffee cart replacement.

“It’s just a matter of priorities here mate,” said Prime Minister Scott Morrison, as he waited in line for his cappuccino. “The government doesn’t have the resources to discuss paying volunteer fire fighters while the problem is actually happening, that’d take away valuable government time from more important priorities like sitting on the beach in Hawaii lapping up the fresh air.”

Meanwhile NSW Minister David Elliott was equally unmoved by the plight of volunteer firefighters, stating that there are better places the money could be spend than functioning masks, such as an upgrade to the Entertainment Centre, which after 12 months of being open, is “getting a bit old”.

Asked what they thought of the Prime Minister’s response, the nation’s volunteer firefighters replied in unison, “Ha! He’s not my Prime Minister.”

UPDATE: Scott Morrison has since demanded compensation from the government, after being scolded by his coffee which was “far too hot”