National
Nine deny lack of diversity, pointing out that time they had a ranga on Today
August 17, 2020 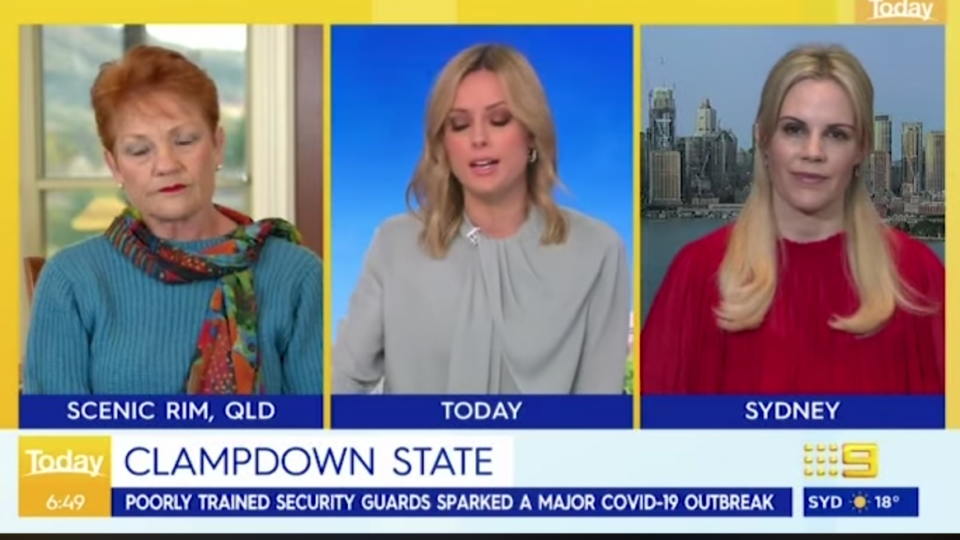 The Nine Network have today hit back at a media diversity report, which accused the broadcaster of severely under-representing minority groups. Refuting claims the station almost exclusively hires white anglo hosts despite 1 in 4 Australians being from other backgrounds, the station pointed out that they have provided a raft of opportunities for struggling minorities like red haired Pauline Hanson.

“We can’t think of a better representative of minority views than Pauline,” said a spokesman for the station. “Not only is she pigmentally challenged, but she’s also one of the last remaining people in the world who is willing to go on TV and call for the return of the white ethnostate. Combine that with the promotion of anti-vax views and her hardline stance against climate change and you’ve got someone so steeped in fringe and minority viewpoints that she’s basically the only balance we need on the network.”

Asked whether they might consider also possibly hiring some people from Asia, Africa, South America, or even just a few Aboriginal Australians, Nine said that they would be happy to, but they hire on talent, and they simply haven’t been able to find anyone in the group that makes up 90% of the world’s population that is capable of sitting in a seat and reading an autocue. “It’s a very tough job,” said Nine host Karl Stefanovic after checking with his script writers. “The fact is it’s simply impossible to find non-white media talent. No matter how hard we look, from YouTube to TikTok to Twitter, it seems like the only people out there succeeding are white. At least that’s how it is in our algorithms, why, are yours different?”