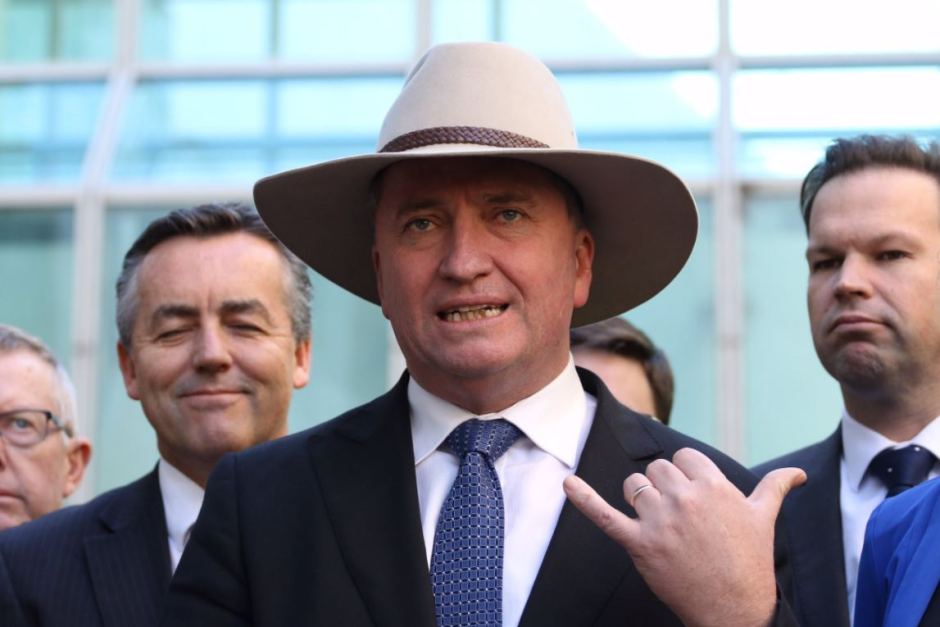 The Electorate of New England has today re-elected federal Nationals politician and celebrity dog-killer Barnaby Joyce, in what voters are calling his sixth-final warning not to screw up this time.

“Look, we’re willing to look past the fact that he lied to us at the last election about his mistress,” said one local voter, “and how he lied about his citizenship in the election before that. But rest assured if he lies to us one to three more times we’re really going to consider a slap on the wrist at the next election.”

Asked why he is still so popular given his constant scandals, locals say they like the fact that the man living rent free in a house with his mistress is a true salt-of-the earth type. “Fact is Baranby is one of us,” said local 5th generation farmer Bruce Brown. “Yea, I mean sure he’s never actually owned a farm himself, and yes he’s best mates with a multi-billionaire, and yea he spent a good chunk of his youth attending one of the most elitist schools in the country on Sydney’s North Shore, and yes some might even point out the fact that he was an accountant before entering politics, but we know deep down he’s on our side and that’s important in a time when us farmers are facing unprecedented droughts. He’s really got our backs.”

“You know, apart from when he’s spending $80 million on water entitlements that don’t exist. That was really the fifth-last straw.”