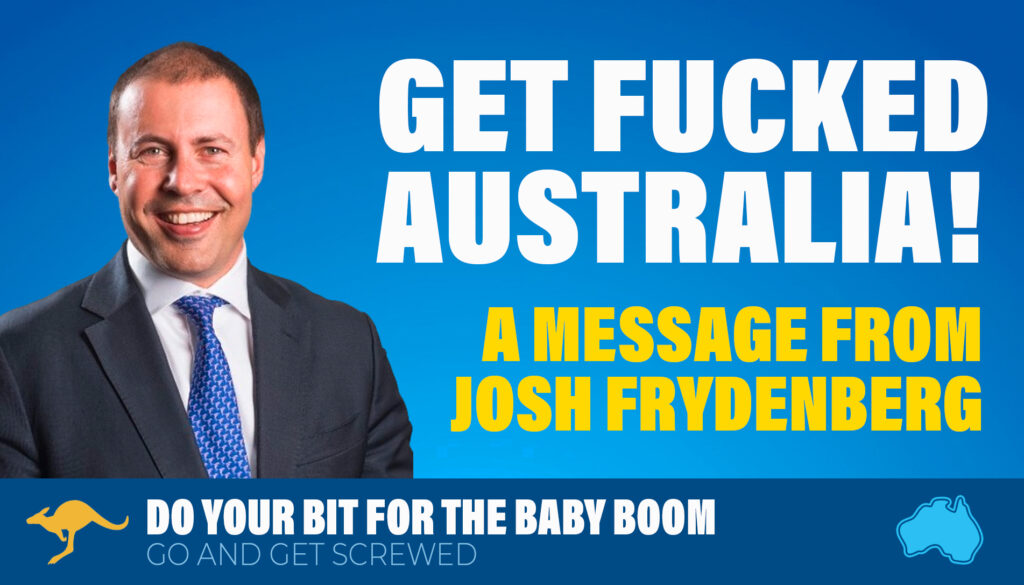 The Australian government has told the nation to get fucked today, in the latest attempt to revive the economy through a planned surge the cots, bibs and nappy sector in about nine months time. Stating that it was of upmost importance that every single adult in this country get rooted, representatives for the government then dimmed the lights and started playing sultry saxophone.

“To all you fuckers out there, I just want to say, get screwed,” announced the treasurer Josh Frydenberg at an official press conference today, “I cannot stress that enough.”

“Yes, I know you’re all pretty used to feeling like you’ve been fucked after every one of our announcements about our plans to address the economy, but this time we mean it,” continued Frydenberg. “I want you all to be out there bonking like you’re a member of the National Party who holds one of the highest offices in the country, and you’ve just spotted a moderately attractive staffer.”

“Wait, no actually strike that mental image, I think that’ll put people off if anything.”

“Wait I’ve got a better metaphor. I want this to be the nation’s biggest fuck up since I misplaced $60 billion last month. No that doesn’t work either? Well you can all get fucked.”