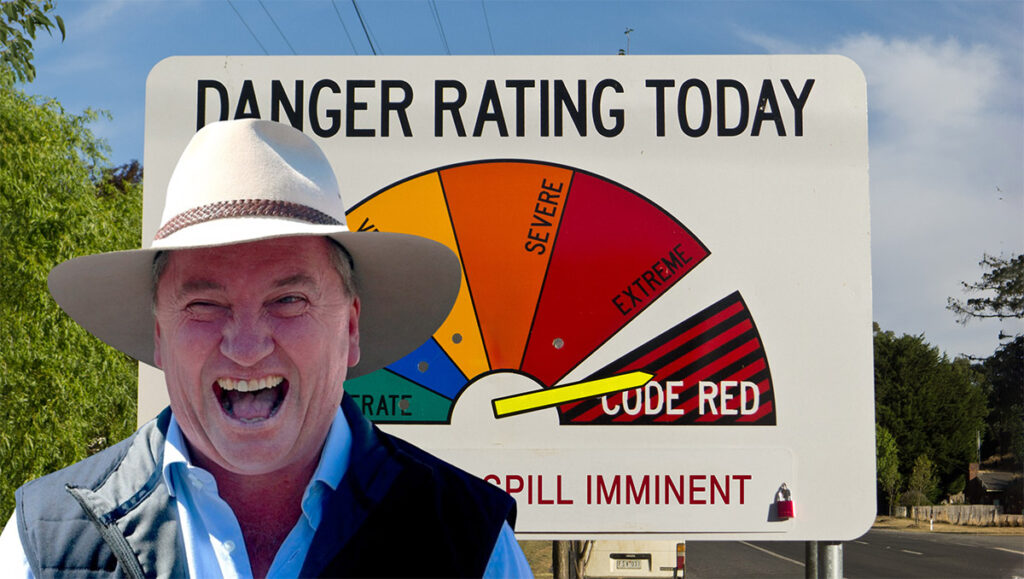 Former Deputy Prime Minister Barnaby Joyce has dusted off his leadership hat and shagged the nearest staffer in celebration of the news that his former role as deputy leader of the Nationals is back on the table in the wake of Bridget McKenzie’s resignation.

“Looks like everything’s coming up Baranby!” said Joyce as he drained an entire bottle of wine. “Now somebody get me a phone, I’ve got a lot of wild and rambling phone calls to make to journalists before I pass out for the night.”

However, Joyce quickly had his balloon burst, after colleagues told him that the nationals have found other, much worse, candidates who are available to fill the role. “Mark here has been secretly using his portfolio to grant himself mineral rights through a holding company, and Dawn here’s been using her electoral finances for personal purchases on an easily traceable credit card,” explained Nationals leader Michael McCormack. “It’ll be good to get some fresh blood into the job, and see what new ideas they bring for the kinds of stupid and obvious corruption we can be bringing to the coalition table.”