National
Nation deeply worried as it finds itself nostalgic for leadership of Tony Abbott
January 1, 2020 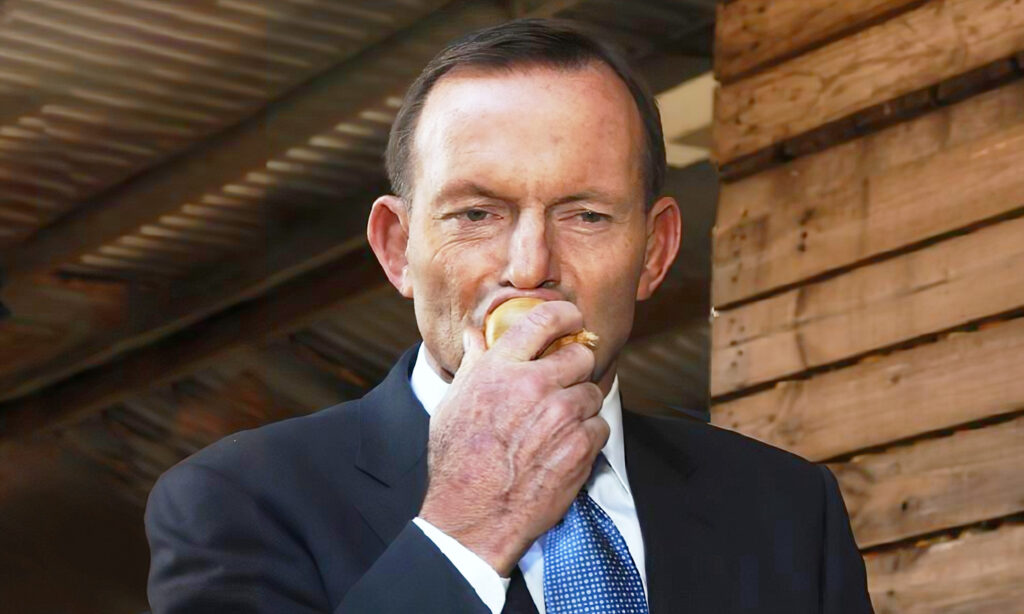 Voters across the nation were deeply disturbed today following the realisation that they are now looking back on the Prime Ministership of Tony Abbott as a time of strong, effective leadership with relatively minor scandals.

“The man ate a raw onion with the skin on only months before knighting the Queen’s husband and I’d still somehow choose him over the current idiot to lead us through this national tragedy,” said one concerned woman seen clutching her head in frustration this afternoon. “I never in a million years thought I’d be saying this, but I actually somehow miss Tony Abbott as PM. Jesus fucking Christ, you know things are really bad when I’m saying something like that.”

However, voters were quick to point out that given another option, any option, they would still choose that over either Abbott or Scomo. “Yea, nah don’t get me wrong,” said a man who would only identify himself as ‘Steveo’ at a country pub in Bundaree, “they’re both fuckwits. I’m pretty sure even my mate Dazza here could probably do a better job and he’s been passed out in the corner since New Years. I guess that means he’s probably at least qualified enough to run the Nationals though.”

Asked what he thought of the situation, the Prime Minister said that he was deeply sorry for the offence he’s caused the nation, and that he would be taking some time out in Hawaii to think about his mistakes.