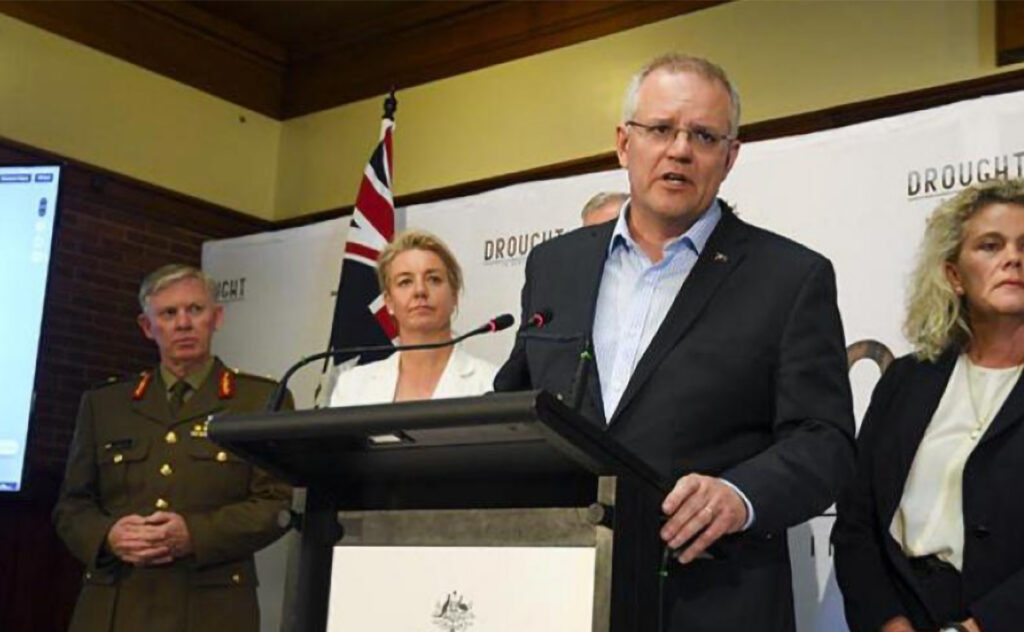 Prime Minister Scott Morrison has today demanded his staff take rapid and direct action following the outbreak of COVID on Sydney’s Northern Beaches, with the Prime Minister ensuring all hands are on deck booking his flights and accommodation for a quick getaway in Hawaii.

“It just seems like the right time,” said Morrison, buttoning up his floral shirt, “I mean, I don’t hold a swab mate. What do you expect me to do?”

“I feel for the people of Sydney, and I’m with you all the way,” said an emotional Morrison as his private jet touched down in Honolulu. “Just like I was there for the people of Melbourne, and now I’m going to hand over to Josh Frydenberg to tell you all how much of a dictator Gladys is until such time as we can take credit for her work.”

Retraction: We have been informed by the PM’s office this is incorrect – Morrison did not fly immediately to Hawaii, he made a quick stop at Bunnings first