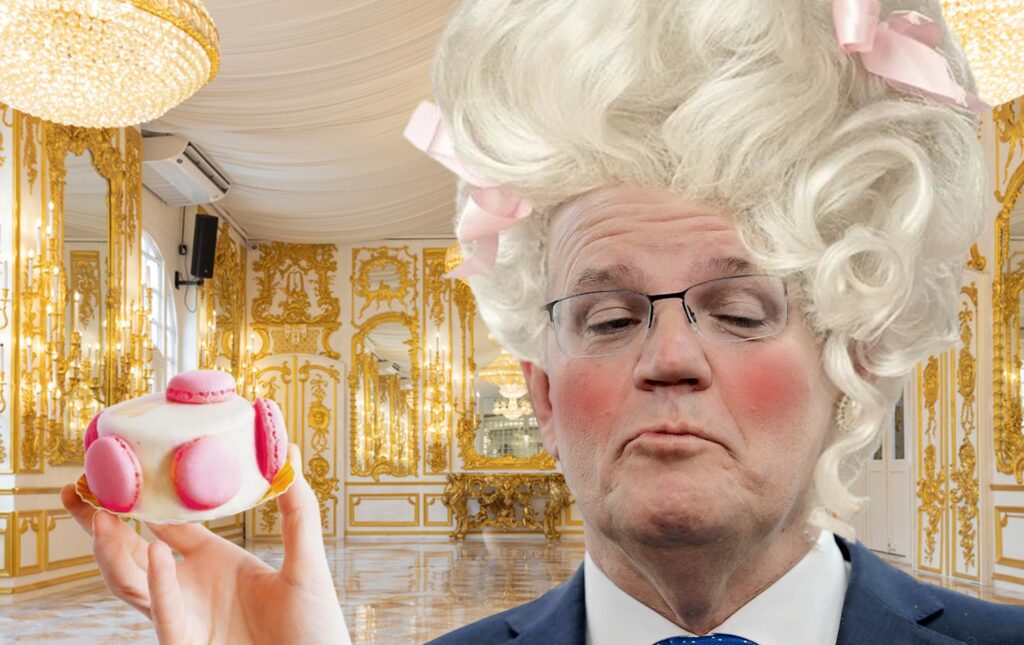 Frequent Flyer and part time Prime Minister, Scott Morrison, has today taken a break from his well earned holiday after a heavy year of dodging responsibility, to question his butler about why the poor keep asking him for things.

“One is most perplexed. Don’t these peasants know that tax dollars aren’t meant for their unwashed hands?” a confused Morrison asked while aboard his $3 million a year private jet. “Why, if they want to afford tests so badly, shouldn’t they just sell one of their many investment properties? That’s what I would do.”

“I simply do not understand why they are making such a fuss,” he continued. “I already gave Gerry Harvey all the tests and $22 million. Surely by now that has trickled down to the plebs?”

However, staff were quick to point out to the Prime Minister that he is actually in a very privileged position, and not everyone has had priority access to tests and vaccinations like he has. “What, are you telling me not everyone has a range of waterfront Prime Ministerial mansions to choose to isolate in if they accidentally come into contact the filthy middle classes?” said a shocked Morrison, spitting out his champagne. “Why that’s preposterous. Next you’ll be telling me some people can’t even afford to take months or years off work like I do when hunting for a test! Oh how very amusing, you almost had me there for a second.”