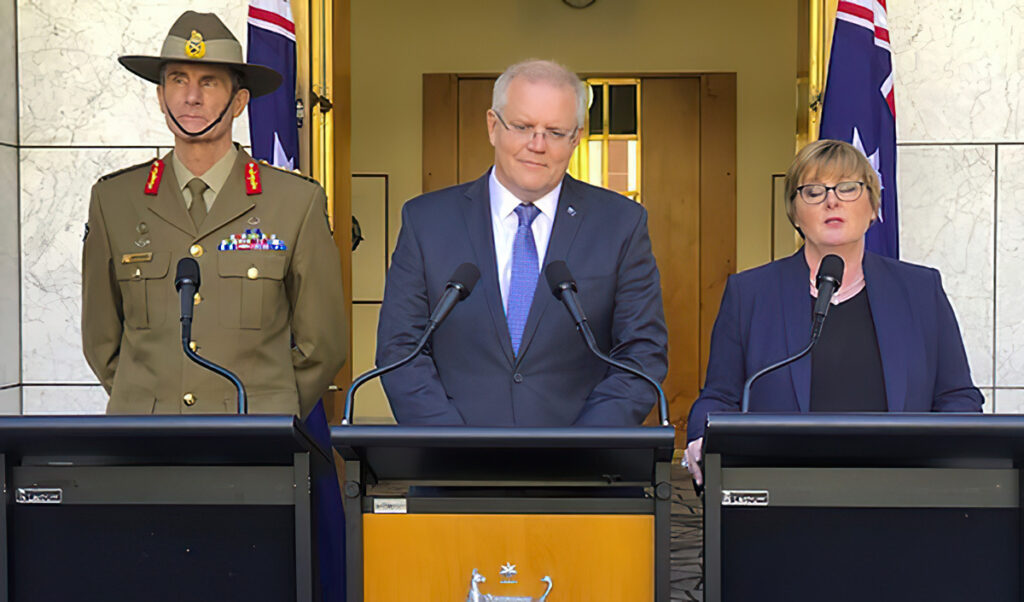 Prime Minister and most hated man in Australia, Scott “#[email protected]$#*” Morrison, has today acted firmly and decisively to the escalating threat of a third world war by booking himself on to a three week cruise through the Caribbean.

“This is one of the largest threats our country and the world has faced in our lifetime,” Morrison told the boat’s barman over a mojito, “and as Prime Minister of Australia it is my duty to address the problem only two months after it’s kicked off.”

Asked by fellow passengers whether he would be better off back in Australia drawing up contingency plans in case the ANZUS treaty draws the country into a modern full-scale war between Iran and the United States, Morrison assured his fellow holidayers that his second hand man Michael McCormack had things completely under control. McCormack however was not so sure, stating that this was the first time he was hearing that he was running the country, before declaring that he was moving the capital of the country to Wagga again, and then blamed the oncoming war on exploding cow manure.

Meanwhile, the population of Australia have celebrated the news that New Zealand has declared its own war against the country, pledging to overthrow the government of Australia in order to liberate the country from its incompetent leaders.