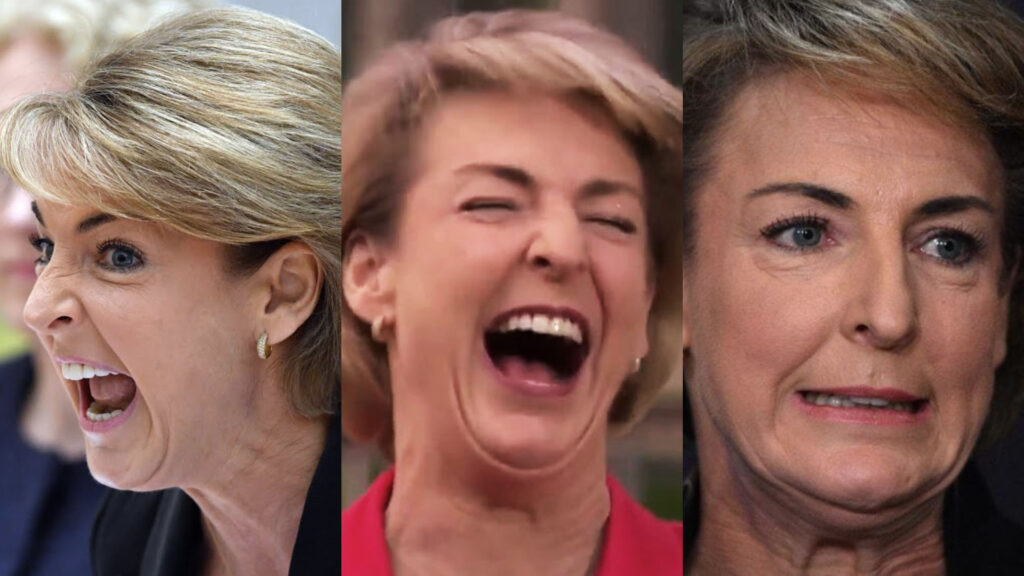 The government has today announced that Attorney General Christian Porter will be temporarily taking leave from his job for the next 50 years, with Michaelia Cash stepping in to fill the role as over-acting Attorney-General.

“It’s good to finally see some dignity and decorum brought to this hallowed government role,” announced the PM today while Cash performed interpretive mime behind him. “Not to mention how much safer women will feel knowing that another woman is now in the role, as long as we overlook the accusations about Cash bullying a female staffer from last November. And the time she was forced to apologize for sexist comments about Bill Shorten’s staff. And the AWU raids thing. Other than that she’s got a spotless record.”

Asked how she felt being tapped to act as Attorney-General, cash burst into tears, before saying she wanted to thank God, her family, and the academy for this opportunity. “YES I’M EXCITED BUT I’LL BE TAKING THIS RESPONSIBILITY VERY SERIOUSLY,” said Cash while doing cartwheels around the parliamentary lawns. “AND OF COURSE WE’RE ALL HOPING PORTER IS BACK IN HIS JOB AS SOON AS POSSIBLE. HA HA HA HA HA HA HA HA HA HA GET IT BECAUSE I DON’T WANT HIM BACK HA HA HA HA HA HA HA GOD I LOVE COCAINE.”