loading...
National
Melbourne anti-lockdown protest called off after everyone comes down with an unexpected cold
1st of your 1,000,000 free articles this month 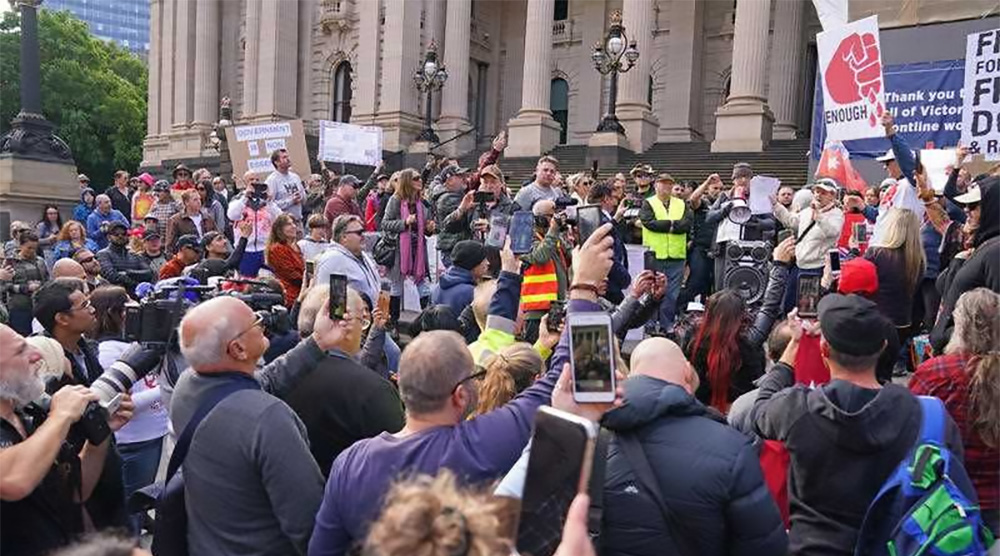 Melbourne’s annual anti-mensa rally on the steps of Parliament House has today been called off, after the anti-lockdown protesters all came down with an unexpected bout of the flu. “What are the odds?” asked one protester “I bet it’s the result of those vaccinations we all had to get as children.”

Others however have suggested that it is much more likely to be the result of 5G mobile networks which have been causing all kinds of brain damage. “You know I used to be a normal person with a functioning brain,” explained one protester, “but ever since they installed 5G in my neighbourhood, I’ve started believing every dumbass thing that appear on my facebook timeline, from Bill Gates conspiracies to the idea that a mobile tower somehow causes a virus. Clearly I must have been suffering some pretty serious brain damage.”

Asked what they would be doing instead of attending the protests, the flu stricken victims said they would be sheltering at home until they feel better. “It’s the right thing to do you know? I don’t want to go getting other people sick!” explained one former protester. “That’s why the first thing I did when I started sneezing was head down to my local shops and spent an hour picking out supplies so I could stay home. Oh also I dropped in on some friends to say hi seeing as I won’t be able to see them for a while. And I went to the beach. But after that I went straight home, via the local sushi place for some lunch.”