National
Man with ‘I Stopped the Boats’ trophy unsure why people think he’s a psycho
February 4, 2022

WRITTEN BY
Patty O’Kearns
For The Chaser 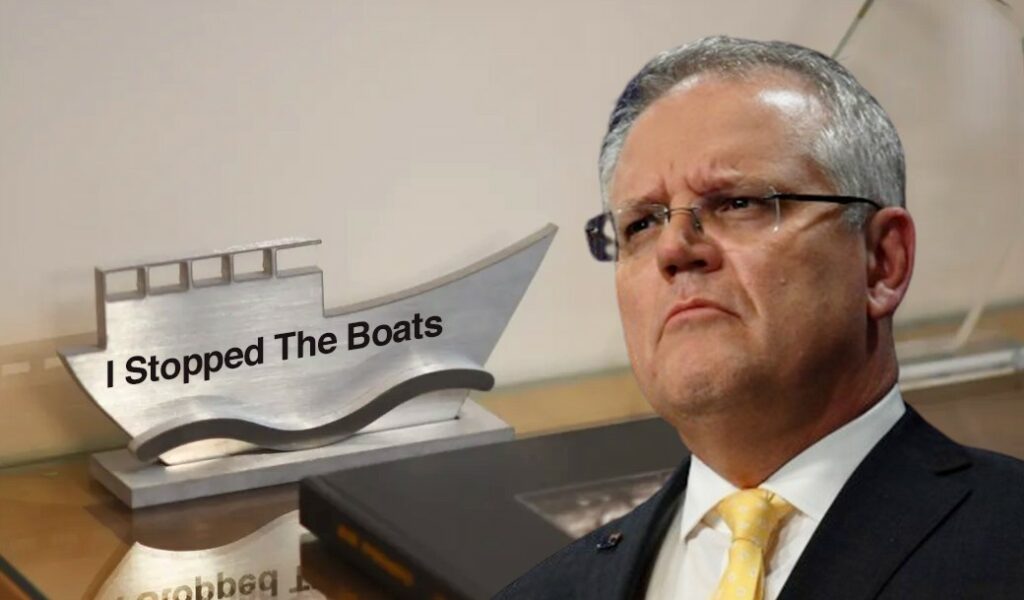 Prime Minister Scott Morrison is at a loss this afternoon, after being informed that he is seen as a bit of a psychopath by colleagues. “What do you mean I lack feelings?” screamed Morrison down the phone to the empathy coach he pays to tell him when to act sad. “It’s a complete lie, and the next person that calls me a psychopath is getting locked in my basement.”

“I mean, what have I done wrong?” he continued. “Apart from going on holidays during a disaster, backstabbing my old boss, getting fired for corruption from every job I’ve worked, and threatening to shoot all women I can’t think of a single thing I’ve done that would be considered to be psychopathic.”

However Mr Morrison took comfort as he looked around his office and as usual, ignored all the problems and sounds around him. “Me? A psycho? Never,” Morrison said as he looked around the room. “I mean if I was a psychopath, would my colleagues have given me this ‘I stopped the boats trophy’? No psychopath would go locking up kids on a prison island.”