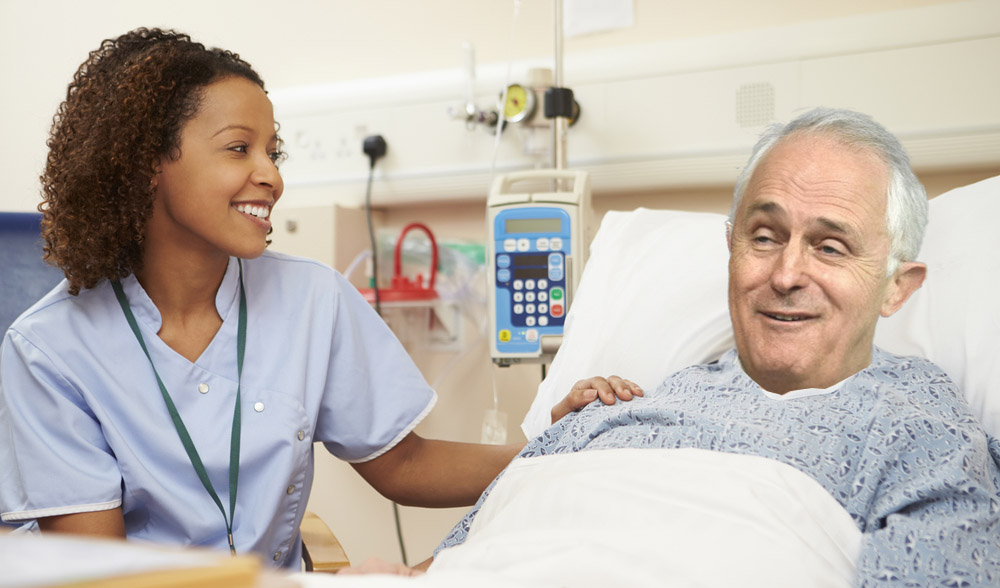 Liberal leader Malcom Turnbull has taken drastic action to sure up his Prime Ministership today, in the face of renewed challenges from the right wing of his party. Calling a press conference this afternoon, Turnbull gave what is being described as one of the greatest speeches by a Prime Minister in living memory, before impressing onlookers by furiously backpeddaling his way out of the building.

Stating that “Now is the time for action on climate change, in order to ensure that our children’s children do not needlessly suffer due to our actions today,” Mr Turnbull bravely announced that the nation’s climate targets were an issue he is willing to lose his Prime Ministership over, before backing down, giving a tax-break to coal miners, and then dropping by a nearby hospital to remove the pesky spine he had been suffering from.

“It was the brave, sensible, logical thing to do,” said Turnbull, on the decision to remove a vital organ from his body. “Sure, there may be serious future consequences flowing from this decision, possibly even extreme suffering and hardship which could have easily been prevented, but that’s a problem for another day, and the important thing is I kept my job for a few more weeks.”

“Besides,” continued Turnbull, “while 96% of scientists might claim that it’s ‘extremely dangerous’ to have your spine removed, Tony Abbott assures me that a friend of a friend of a mining lobbyist once told him that there was absolutely no risk whatsoever in having all your vertebrae replaced with a large steel beam, so who could say what the truth really is?”

Turnbull also went to great lengths to explain that it had always been his position that he didn’t need a spine. “I never liked my spine,” said Turnbull, only hours after having praised his spine as being one of his best features. “All it’s ever done for me is get in the way of my ambition to be in power at all costs. Whether it be my spine forcing me to stand up to climate deniers, holding me back from conducting a public vote about a minority’s rights, or simply stopping me from bending over backwards to accommodate billionaire mining magnates, I can’t think of a single time that my spine has stood up for me and had my back.”

Asked whether he would miss his ability to walk, stand or even care for himself, Mr Turnbull told reporters that there has never been a more exciting time to be a paraplegic. “The fact is, this has been my dream since I was a small child,” said Turnbull, “to one day be in a position of power where I could change things for the better, but wouldn’t for fear of angering a small group of loonies on the fringes of political opinion.”

However members of Turnbull’s faction have expressed doubts about whether permanently crippling himself will be enough to win over those on the far-right of his party. “The fact is, if Turnbull wants to win over the right, he’s going to need to do more than just give the occasional tax break to a millionaire,” said Tony Abbott on the condition of anonymity. “No, if he wants to play in the big leagues he’s going to have to do something much more impressive. Maybe boycott an apology about genocide, fabricate a story about gangs of black people terrorising a major city, or even just fashion his head into more of a vegetable-like shape. You know, just drop his hair and go crazy.”

“If there’s one thing we’ve learned from our time in office,” said another party insider, “from Tony Abbott’s disastrous polling against Bill Shorten, to Malcolm Turnbull’s disastrous polling against Bill Shorten – it’s clear that what Australia really wants is a more right wing Prime Minister. And with Dutton’s stunning public approval rating of 3%, it’s clear he’s the yam for the job.”

More on the story, from Radio Chaser: