National
Local man pretty sure he knows more about climate than NASA, David Attenborough, the UN, CSIRO, the Bureau of Meteorology, the IPCC, and 97 percent of people who study this for a living
January 1, 2020 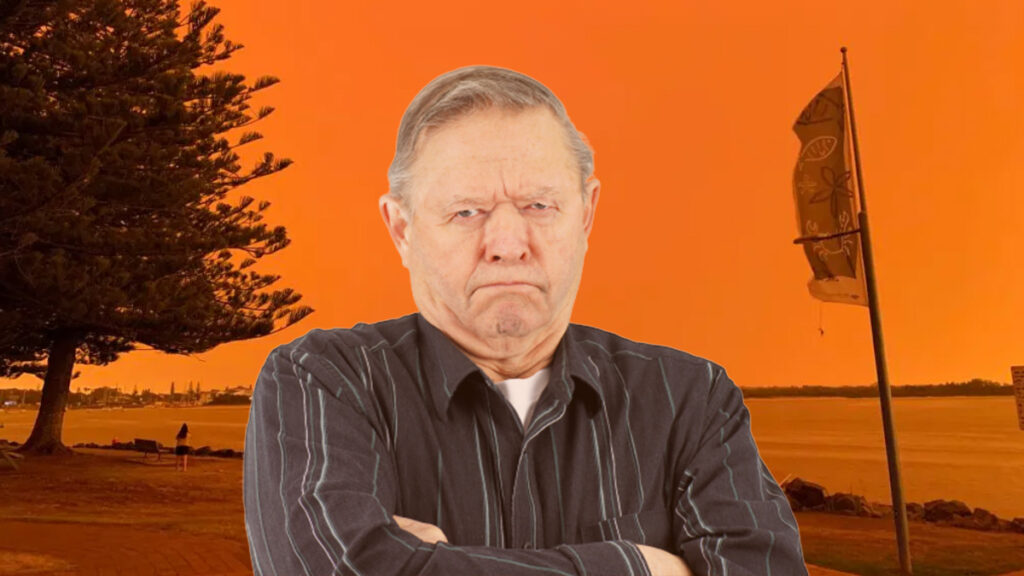 Local door salesman and part-time internet expert Rob ‘The Door Guy’ Banner has today declared online that climate change is a hoax, and Australia’s fires are totally normal, citing many verified feelings in his gut. “Wake up people, stop buying into the MSM agenda,” Rick posted on Facebook under a post pointing out that the current bushfires had been predicted by climate scientists ten years ago. “Can’t you people see this is all just a big plot by greenies to clean our planet from pollution while poor struggling oil barons are barely making ends meet?”

“I mean sure NASA, the CSIRO, the Academy of Science, the Intergovernmental Panel on Climate Change, the Bureau of Meteorology, the Institute of Physics, Australian Medical Association, David Attenborough, and 200 other peak scientific bodies all conclusively state that the evidence of climate change is irrefutable and we must act now to fix it, but on the other hand an anonymous person on YouTube also made a video stating that global warming is a hoax, and I’m pretty sure I’m going to go with the random guy on YouTube in this case over thousands of people who study this kind of thing for a living. I mean, vested interests much?”

“After all,” Rob continued, “believing that I have access to secret knowledge, which everyone else is too stupid and normie to know about helps me feel superior and intelligent in the face of the crushing reality that I am in no way outstanding or special and am actually just a very average person with an outsized platform thanks to the internet through which I can spread nonsense and feel validated for it through the likes of equally uninformed strangers.”

“Unlike those idiot scientists, I’m actually informed,” Rob explained. “After all, I bet these scientists haven’t even watched SkyTruth89’s video on how the dinosaurs were wiped out by vaccinations. What amateurs.”