National
Liberals announce $150 million plebiscite to decide if gay kids should be allowed in schools
October 10, 2018 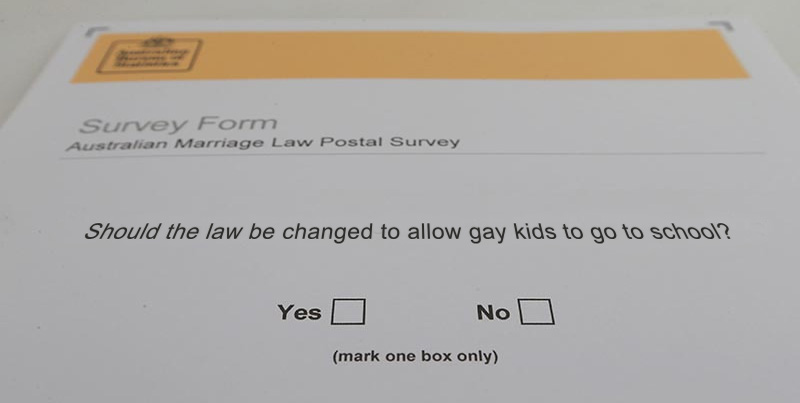 Prime Minister of the week Scott Morrison has today boldly taken a stand on the issue of gay children attending private schools, stating that it was clear that in the modern age children of any sexuality should not be discriminated against, providing the public agrees to it in a $150 million plebiscite to be held next February.

Stating that there was “simply no way for the government to know” if the public of Australia supported homosexuality – the government, which only last October held a multi-million dollar opinion poll on same-sex relationships, stated that is was simply impossible to be sure what people think on the issue.

“The fact is these are private businesses, and as such government is completely powerless to stop them bullying children,” announced the Prime Minister this afternoon. “I think we can all agree that the government giving the church free reign to harm children has always proven to be the best course of action.”

“And, yes, sure, some people may point out that these schools are receiving millions of dollars in public funds, meaning they’re not really private at all, or that they’re simply picking and choosing the bible passages that suit their hatred of gay people, and that if they were to enforce the bans equally on children of divorced parents, children wearing clothing of mixed fabrics, children who eat shrimp, or figs, or children who disobey their parents, then there would be no children left in the schools at all, but at the end of the day the fact is I really just don’t like gay people that much, so I’m not going to change the rules. Let’s go sharks!”