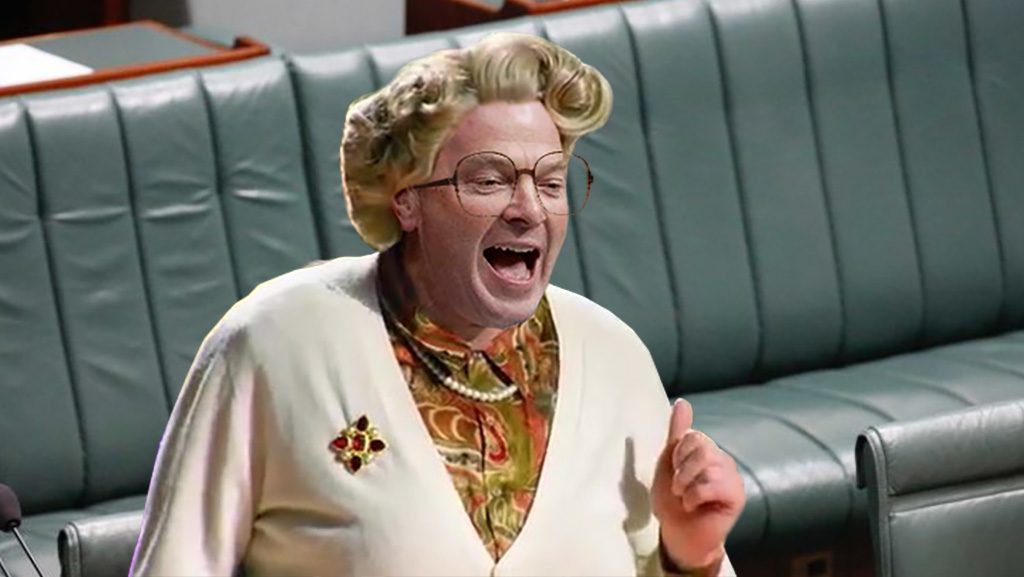 “Our women problem is solved” announced a triumphant Scott Morrison today, as he introduced the Liberal party’s newest female candidate, a Mrs Christina Pyneapplegate who will be running for the seat of Sturt.

When asked by journalists if he seriously thought that voters would be fooled by Christopher Pyne running for the seat in drag, Pyne chuckled in falsetto, saying he had “no idea what they were talking about.”

“I assure you fine young gentlemen that I do not know who this Christoper Pyne you speak of is! I am a simple Scottish housewife turned nanny, here to solve all the nation’s troubles while secretly undermining Pierce Brosnan while he tries to steal my wife!”

Asked how long he planned to keep up the unconvincing ruse, Morrison told journalists that they were all just sexist and he had no idea what they were talking about. “The fact is none of you want to see a strong, muscular, handsome, slightly bearded woman succeed in politics. Well I’ve got news for you all, Chris is one of the finest most talented women you’ll ever meet. I mean Christina, fuck. Fuck, fuck, fuck! Alright screw this lets go for plan B someone put a wig on Cormann.”