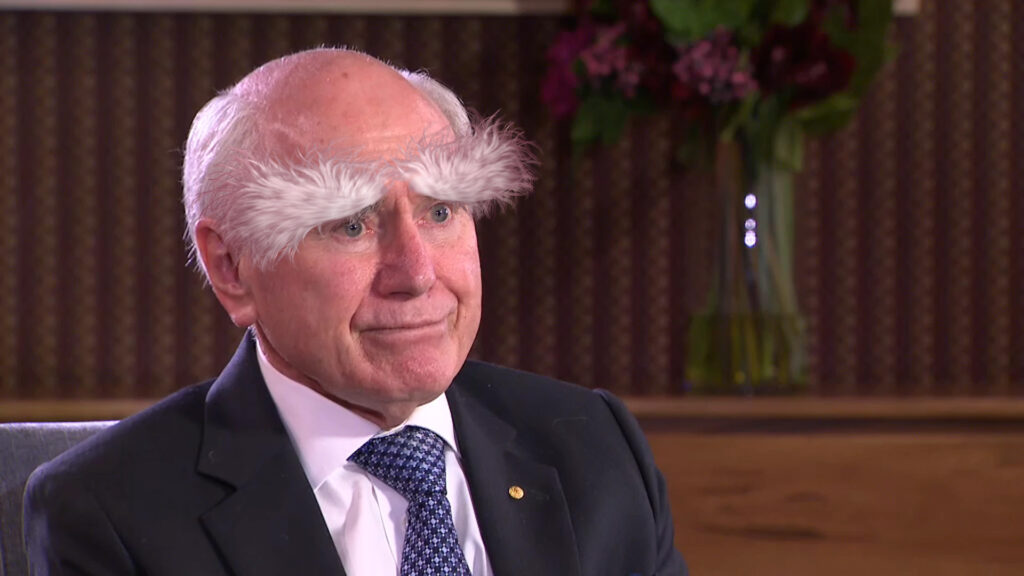 Former Australian Prime Minister and part time garden gnome John Winston Howard has today invested in a new pair of garden shears after a three week break in barber visits rendered him unable to see where he was walking due to his overgrown eyebrows.

Despite initially promising his wife Janette that he would be visiting the barbers last Monday, Howard reportedly reneged on the plans, declaring it was never a core promise. Instead the former Prime Minister has spent the last three weeks locked in his office with his collection of ‘the best of Donald Bradman’ DVDs, emerging only once a day to rehydrate, collect snacks, and to check if there’s been any more overseas mass shootings that he can gloat about.

Asked whether attempting to write an entire comic article on the premise of somebody’s eyebrows was a stretch too fars, writers at the Chaser said it might well be possible that they have overestimated themselves, admitting that there is very little topical John Howard material left these days. “Yes now that I think about it, it really is a one joke article,” admitted the author. “Oh well, it’s a good thing nobody reads past the headline anyway.”