National
“Halloween is American!” complains man blasting rock in his Ford on the way to Maccas
November 2, 2018 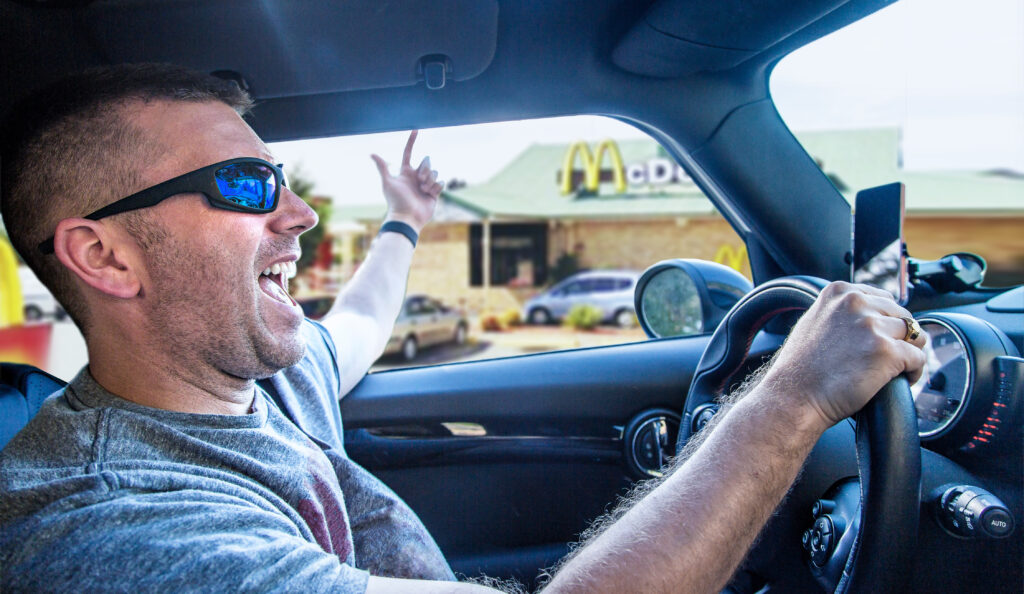 Local wowser Brad Noble has today announced his utter distaste for the entire idea of Halloween, decrying the whole celebration as a “bloody seppo import”. Posting on the American made Facebook using his American made iPhone, Brad announced that he would simply be ignoring his doorbell should it be rung by some “brainwashed” children, and that he will instead spend the night streaming some Netflix on his Apple laptop, while chowing down on some delicious Pizza Hut pizza, in celebration of his hatred of all things American.

“It’s just not right that Australia is getting flooded with all this overseas holiday nonsense,” says Brad whose parents immigrated to Australia from Latvia in 1982. “It’s just like how all the American food chains are pushing out all the traditional Australian kebab shops. It’s a bloody disgrace.”

“For some reason kids these days just don’t appreciate good old Australian holidays like the Queen’s Birthday, where we celebrate the birth of the German descended English woman who inherited the British monarchy, and instead they want to celebrate strange foreign holiday where they go around the neighbourhood meeting neighbours and eating chocolate. What the hell is wrong with these kids!”

Brad also pointed out that the holiday was purely a commercial invention, and is only gaining popularity because it’s being pushed by Woolworths to move more products. “Obviously it’s not just because it’s a fun thing for kids to do, why the hell would anybody do something that would bring joy to small children?” asked Brad.

“If you ask me, instead of celebrating this commercial, confectionery based holidays, we should instead focus on the real, traditional holidays like Christmas and Easter, which are not in any way commercially driven or based around the consumption of chocolate.”

Brad then sped away in his Ford, blasting rock music, to pick up some McDonalds on his way to see the latest Marvel movie.