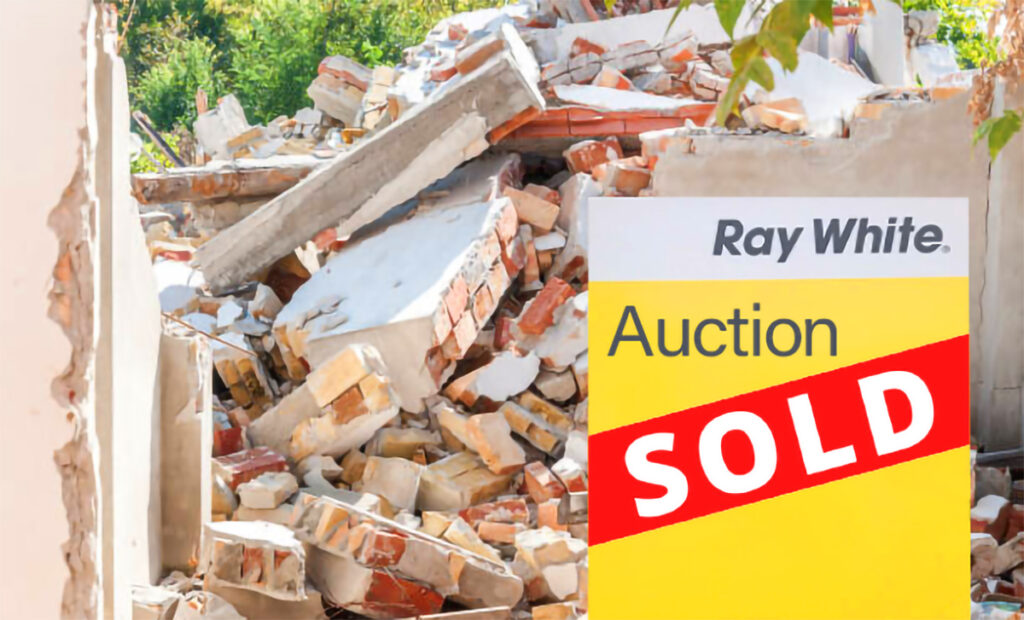 The federal government has today praised a healthy rebound of the housing market, after a collapsed pile of bricks sold for $8 million in Melbourne’s outer suburbs. However, the owners have expressed dismay with the sale price, stating that before the earthquake the house was worth at least ten times more.

Described as an open-plan walk-through design with plenty of renovation potential, the recently condemned disaster zone was auctioned off earlier today to an investor who is hoping to rent out the rubble to house international students for a bit of passive income.

“It’s brilliant to be $8 million richer that’s for sure,” said the former owner Mark Miwads. “Unfortunately though the average house price has gone up by that much since I started talking, so looks like I’m sleeping in a cardboard box tonight. Assuming they haven’t all been snapped up by investors.”

Asked whether it was sustainable to have every member of the public taking out loans worth decades of income just to put a roof over their head, representatives for the government said it was all part of their brilliant economic management. “By refusing to reduce house prices we have successfully ensured Baby Boomers are able to retire in luxury,” said the minister for finance Josh Frydenberg. “And if millenials simply do the same when they retire then we’ll all just keep getting richer forever! Sorry, what do you mean millennials can’t afford houses? How do they expect to ever retire then? Idiots.”