loading...
National
Guy that laughed about Pacific Islands sinking suddenly not keen on mean jokes
1st of your 1,000,000 free articles this month 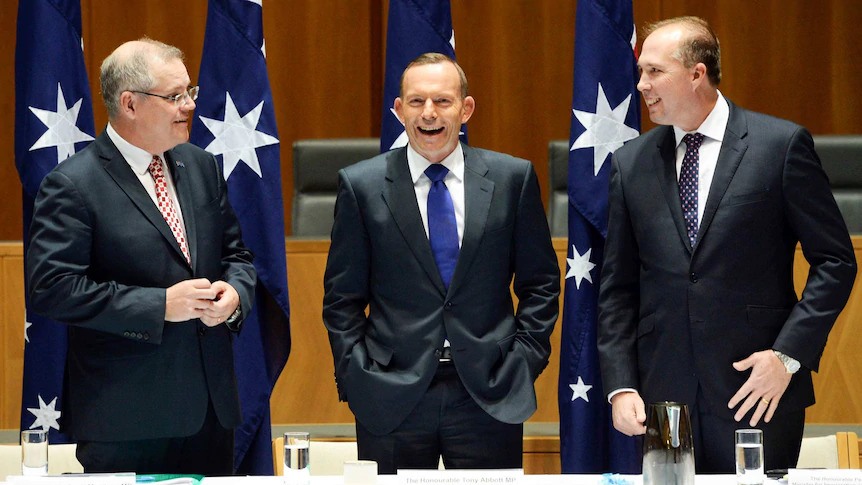 Always very nice man and guy who was once caught on a boom mic joking about people losing their homes, Peter Dutton, has today started suing people for saying mean things about him online, demonstrating a temperament very well suited for his new job as Minister for Defence.

“Nobody should be allowed to use their phone to send mean messages about me,” said the guy who once texted a woman calling her a mad fucking witch, “why can’t everybody be more sensitive and understanding like me.”

“We have a duty to be respectful towards each other when debating public policy,” continued the man who once said his opposing candidate was ‘using her disability as an excuse’, “I think from now on people should think before they say something mean. And by that I mean check for boom mics and double check you’re not accidentally sending the abusive text to the journalist you’re talking about.”

“I expect everyone who has harmed me to publicly say sorry on the record to make amends,” said the man who boycotted parliament’s apology to the stolen generation. “Twitter should be a place for respectful discourse, not name calling, unless it’s me calling people dirty lefties. Anyway I have to go, there’s some children I have to respectfully detain on an island prison. Toodles.”