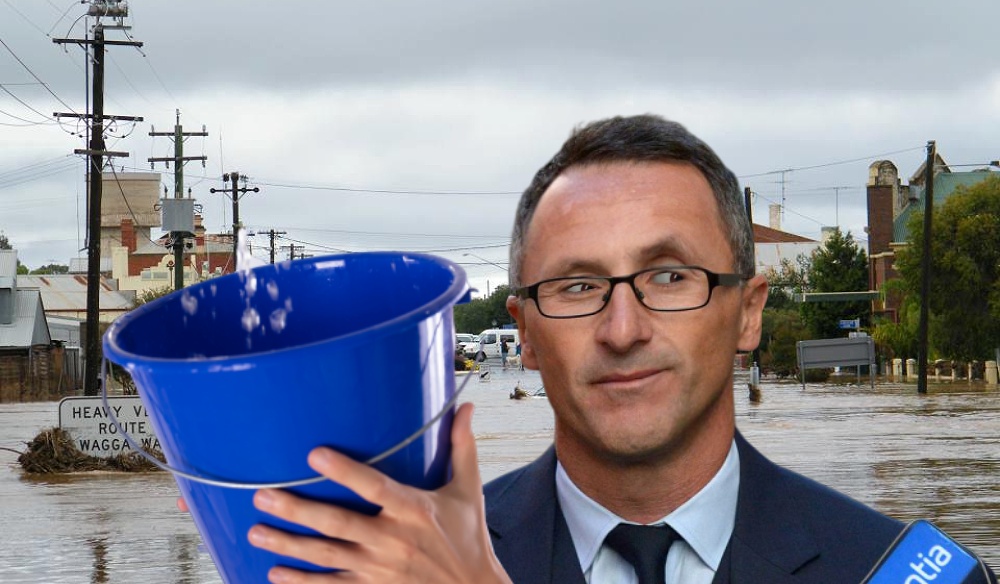 “We’re not pressing any charges at this time,” explained police comissioner Clive Pugh. “We just want to know Richard’s whereabouts over the last two days during the time these floods were started.”

“I mean, you have to admit it’s a pretty strange coincidence,” he continued. “The guy resigns from Federal Parliament on Tuesday and then three days later we’re suddenly seeing floods crop up across the state? Are we seriously supposed to believe some kind of ‘global warming’ is causing all these floods, wildfires, hail, smoke, tornadoes, coral bleaching, melting glaciers, disappearing permafrost, increasing average temperatures, and dying polar bears? If you ask me, that all sounds much more like the work of a few environmental activists hell bent on making it sound like sixty years of research by well respected climate scientists was correct, and which do you think is more likely?”

News Corporation mastheads have also lept on the reports, republishing the conspiracy theories as fact without any further research or digging. “The fact is the public have a right to know when baseless accusations are made,” explained the Australian’s editor Rob Barron. “Some might call that disingenuously pushing a false narrative in order to better protect the oil and coal investments of your company’s two largest share holders, but we prefer to think of it as balance.”