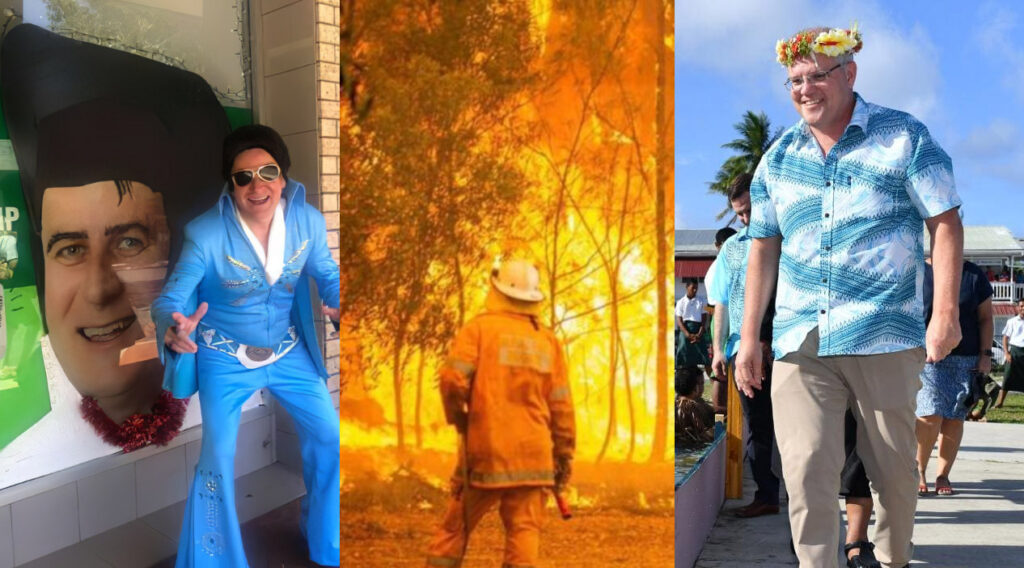 The Liberal-National government has today put the nation’s mind at ease, after announcing that Michael McCormack is going to be Prime Minister. “Okay, forget about the fires,” the nation’s populace were heard saying, “we’ve got bigger problems now.”

Asked what he planned to do during his time in power, McCormack said he does not plan to rock the boat, and will simply be repealing gay marriage, re-instating child labour, then he will be promoting Barnaby Joyce to minister for families, given how many of them he has.

“As Prime Minister it is my solemn duty to reassure those affected by the bushfires in this trying time,” said McCormack while sitting in the Prime Minister’s office dressed as Elvis. “Now if you’ll excuse me, I’ve got a holiday in the Bahamas to attend. Toodles.”

Acting-acting-Prime Minister George Christensen has since said he is honoured to be the last person available to fill the role, and will be taking the role very seriously, before ducking off to Thailand for a three week vacation.