loading...
National
God distances himself from Scott Morrison after hearing what he does to kids
1st of your 1,000,000 free articles this month 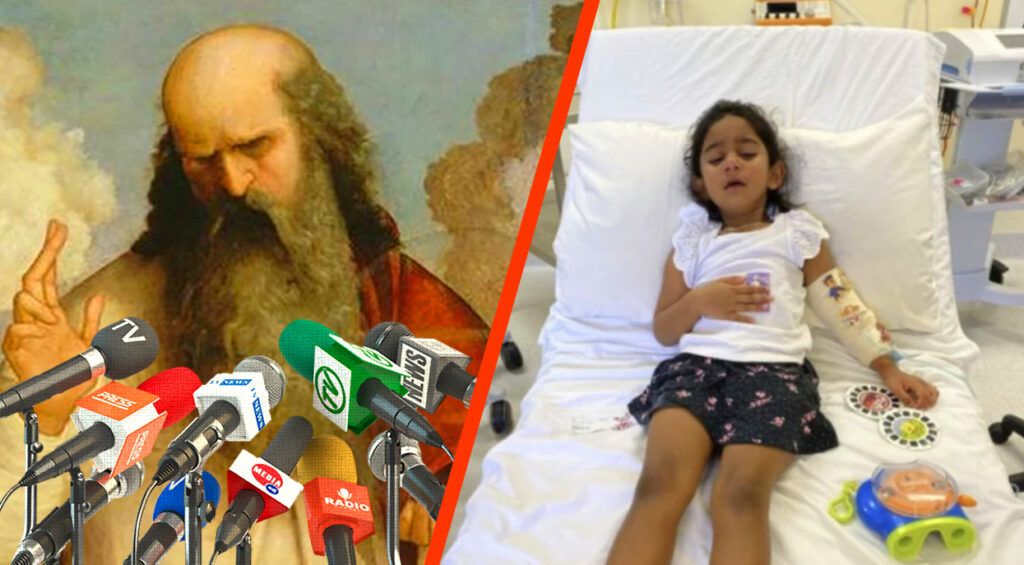 Creator of the universe and part-time carpenter God ‘Garry’ Smith has today called a press conference on the mound to distance himself from the actions of Prime Mininster Scott Morrison. “Look I know the guy likes to claim he’s acting on my behalf but in all honesty he’s completely ignored the company’s training manual on just about every matter,” explained God. “Look here, plage 304 in black and white – ‘The foreigners residing among you must be treated as native-born. Love them as yourself, for you were foreigners in Egypt. I am the Lord your God.‘ I really couldn’t have been any clearer about that if I tried.”

God has particularly highlighted recent differences over the treatment of a four year old girl, whose detention on an island prison he has described as ‘extremely off brand’. “Yea when people think of Christianity, they’re generally on the side of the people of colour who travelled a long distance seeking refuge for their child, not the guy who gives the kid a death sentence because their existence threatens his rule. We actually make a fairly big deal of that. There’s a holiday to remember it and everything.”

However, the Prime Minister has hit back at claims he’s being heartless, pointing out that it was not necessarily unchristian to have someone’s child tortured to death for the greater good. “Look I’ve studied the bible very hard, and as far as I can tell, god is actually pretty pro infanticide when it’s his kids on the line, so this is all very hypocritical” Morrison told his priest today. “If God thinks he knows more about the Bible than me, a Christian, then I’m happy to have that discussion, but I’d remind him that the Church and State are separate in this country, so Christian teachings do no influence my decisions in any way.”

Asked why then it’s still legal for schools to expel gay students, Morrison said he’d just forgotten he’d left the dryer on before leaping out the nearest window.