loading...
National
War criminal George W. Bush moves to distance himself from Ellen
1st of your 1,000,000 free articles this month 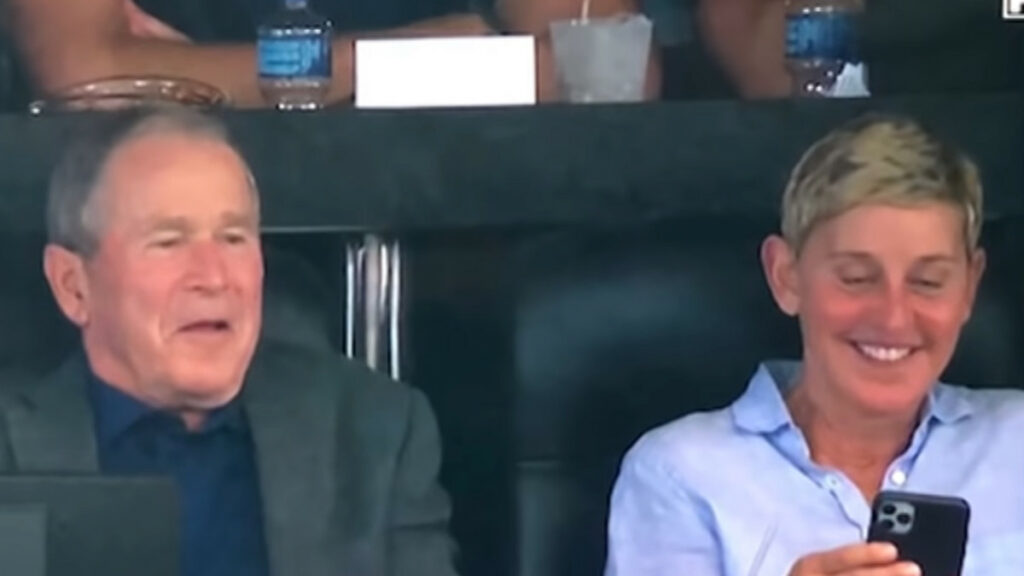 War criminal and former worst President of the United States, George W. Bush, has today taken steps to distance himself from TV host Ellen DeGeneres, stating that he could not support the heartless cruelty she has shown during her reign of terror.

“I am ashamed and sorry to have given legitimacy to such a divisive figure,” explained Bush today. “I and the thousands of dead Iraqi children who haunt my every waking hour cannot simply continue to stand by and support this monster.”

“You have to draw the line somewhere,” explained Bush, over the phone to his old friend dictator Ilham Aliyev. “I’m pretty forgiving, hell I even kept ‘ol Cheney as my VP even after he shot that guy and subverted the government executive to further the interests of his military industrial contacts, but y’know even I have my limits.”

Asked who will be filling the gap in his friendship roster, Bush said he’s been eyeing up late night TV host James Corden, who he says looks like a pretty bang-up guy.