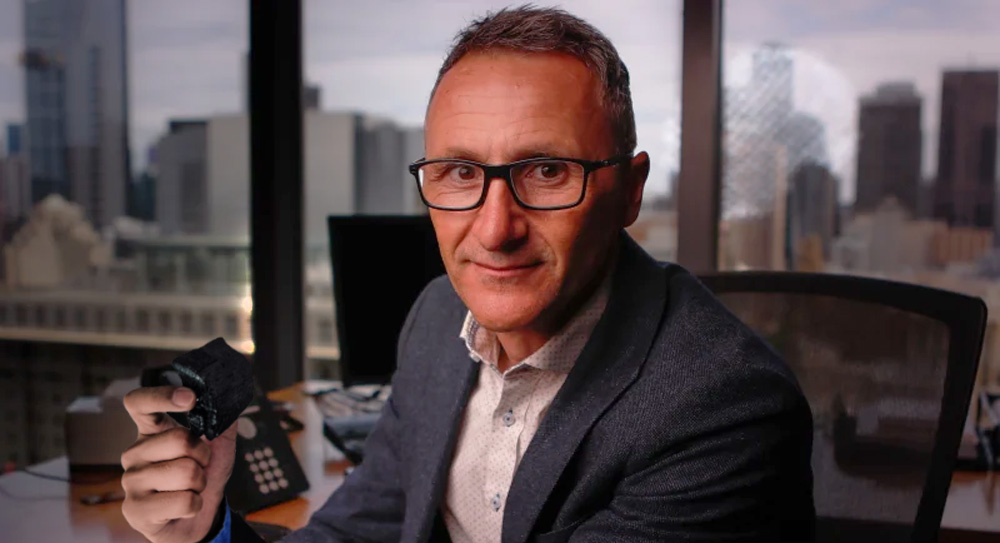 Former Greens leader and part-time black wiggle, Richard Di Natale, has today enjoyed his first day out of a high ranking politics job, by kicking back, opening a beer, and accepting a $10 million a year gig as a coal lobbyist.

“Turns out I was all wrong about coal,” explained Richard to a surprised press pack today, as he lit a cigar with a $100 note. “After much research and a $5 million cheque, I’ve come to realise that coal isn’t the demon it’s made out to be. It’s actually really important for the economy.”

Asked how this meshes with his past stance as the leader of Australia’s leading environmental party, Di Natale explained that while he was still a greenie at heart, he will always first and foremost be an Australian politician, and as such he has to stay true to the reality that all politicians will immediately sell out to the highest bidder the moment their parliamentary career tanks.

“Oh what, you’re all going to judge me?” Di Natale asked the nation sarcastically. “Look I spent ten years of my life trying to convince you dickheads to do the bare minimum on climate change, only to be blocked and mocked by you mouth breathers at every turn. Fact is it’s become clear none of you are going to do a damn thing to stop this apocalypse, so I might as well spend the last years of earth living it up on a $10 million a year salary eating lobster on a yacht, instead of stressing myself to try and save a population that is happy to keep electing sociopaths that openly rort the taxpayer if it means no carbon tax.”

“Fuck that noise. Enjoy your funeral Australia, if anyone wants me, I’ll be in Hawaii.”