National
Following Tokyo’s lead, Parliament to install cardboard desks to discourage MPs from having sex on them
July 20, 2021 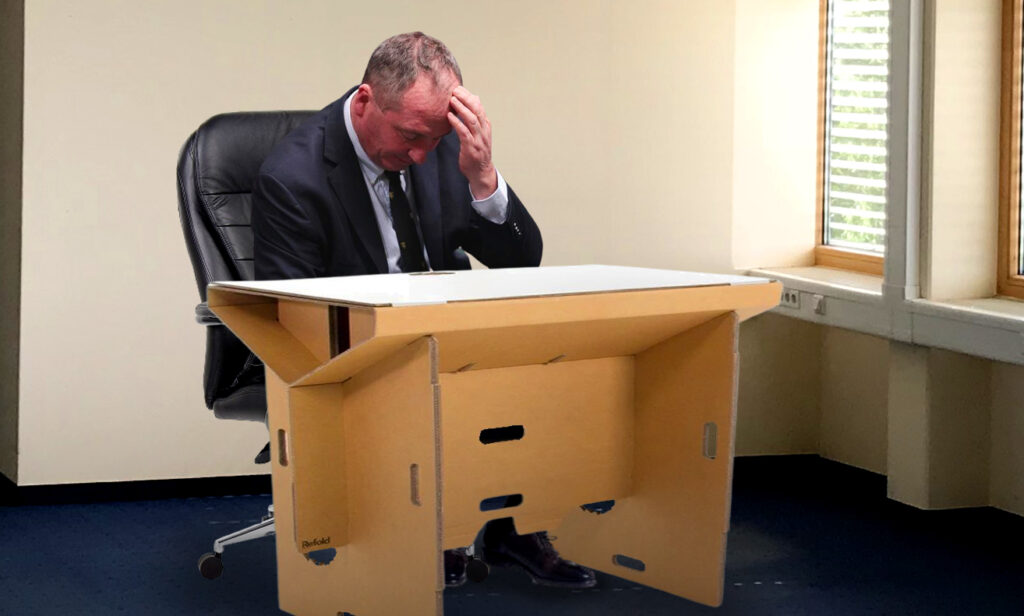 Exasperated cleaners at Parliament house have today announced that they will be replacing all desks in the building with disposable cardboard replacements until further notice, in order to discourage MPs from doing unspeakable things on them during work hours.

“We will be starting with Barnaby’s office, then the prayer room, then pretty much everywhere Christian Porter has allegedly been,” said the cleaner. “We’ll also be removing all the doors until we know these MPs can be trusted.”

The plan follows recent developments at the Tokyo Olympics, which has seen all athletes provided with cardboard, single-sized beds in an attempt to discourage fraternizing. “We simply can’t risk the possibility that the athletes could come into contact with each other and cause an outbreak,” explained organizers. “While the beds weren’t particularly effective in the end, we found installing a picture of Barnaby on the wall has had an 100% success rate at keeping everything in the sleeping quarters purely platonic. It’s probably the first time Barnaby’s been the solution instead of the cause of a sexually transmitted disease.”