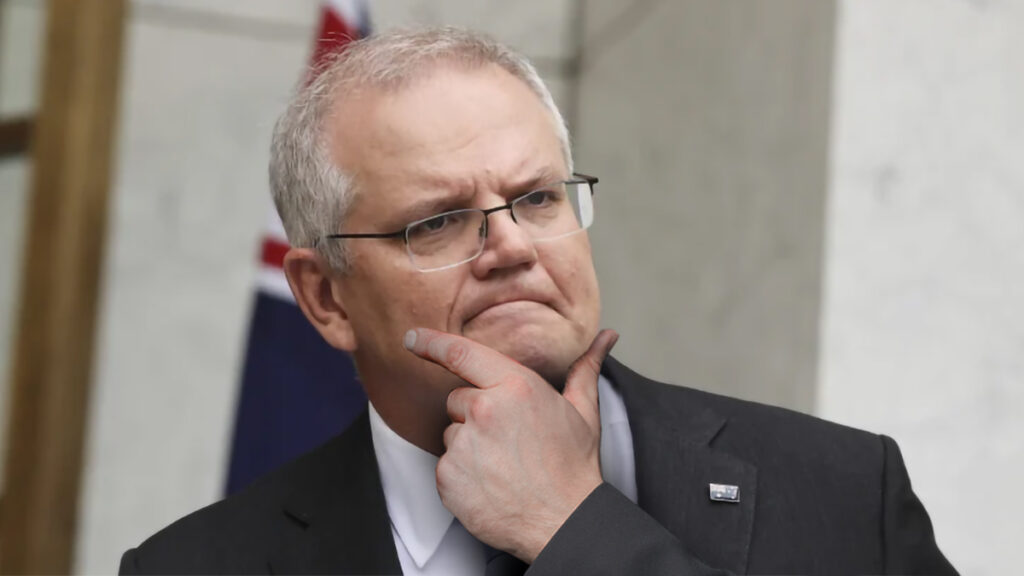 Prime Minister Scott Morrison has today phoned Gladys Berejiklian to make sure she meant to resign, after hearing the NSW Premier had stood down over corruption claims. “Since when is ‘being corrupt’ something that disqualifies you from government?” asked Morrison. “If anything that’s a promotable action around here.”

Deputy Prime Minister and part time dog murderer Barnaby Joyce agreed, stating that if Berejiklian’s out of control “moral standards” became the default none of his colleagues would be in parliament. “What you’re telling me just because I did some dodgy water deals, cheated on my wife with a staffer, blackmailed Johnny Depp and got sacked from parliament for secretly being a citizen of another country, that means I should lose my job? Well by that measure Bridget McKenzie would be gone, Christian Porter would be out, Angus Taylor would have been fired, Linda Reynolds would have got the sack, Michaela Cash would have been stood down, and god knows how many other cabinet members would be out on the street.”

“How on earth is the country going to function without 90% of the government? I don’t think a world without corrupt politicians is somewhere any of us want to live in. But I’d change my mind on that for a $20.”