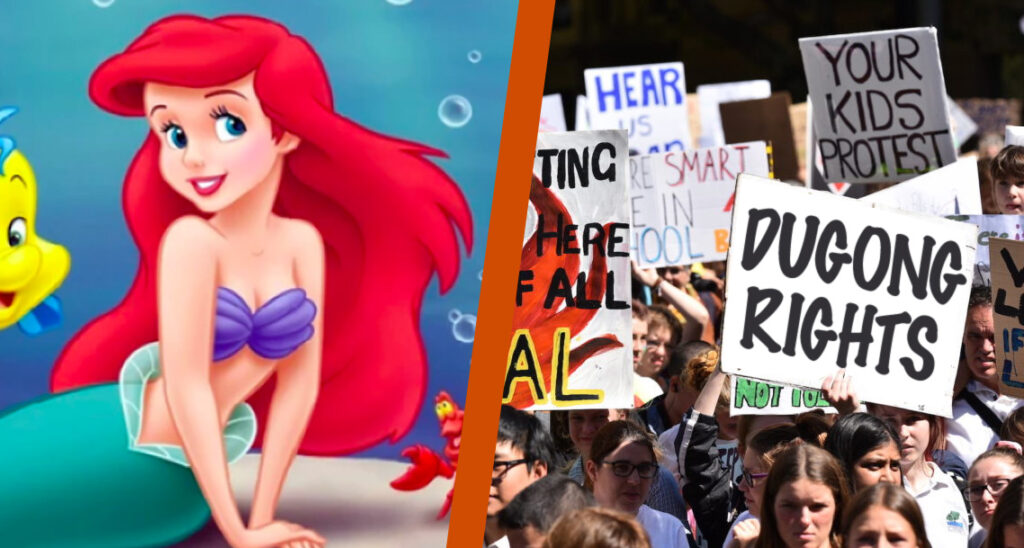 Fans of the Little Mermaid franchise have today reacted with outrage today following news that black actress Halle Bailey was cast to play the live action of the iconic role. Taking to social media today, many voiced outrage at the news, accusing Disney of straying from the original source material, and demanding that Halle be replaced by a more traditional actor for the role of a mermaid – ideally some kind of sexy alluring dugong.

However, this was not the only outrage, with a smaller number of fans also being upset that the traditionally white fish-woman was now to be played by a black woman. “You have got to be kidding me!” posted self proclaimed Little Mermaid expert Gerard Bosworth, 52, online. “I mean come on, believing a story about a half-woman half-fish who can be transformed by magic to have legs is one thing, but asking me to believe this woman-fish might have melanin in her skin is a step too far for my high level of logical intelligence.”

Asked why they were so upset about the change, fans said that it was simply a matter of the movie not being authentic to the source material, a 1500s european folk tale. “As we all know, up until now the Disney adaptations have been completely authentic to the original tales,” commented one of the outraged fans on twitter. “I’m fairly sure the original stories always included a talking crab with a Jamaican accent, and yes sure Disney may have completely changed the ending of the story, but that was just to adapt the tale to better suit modern audiences, which is completely different to what they’ve done here.”