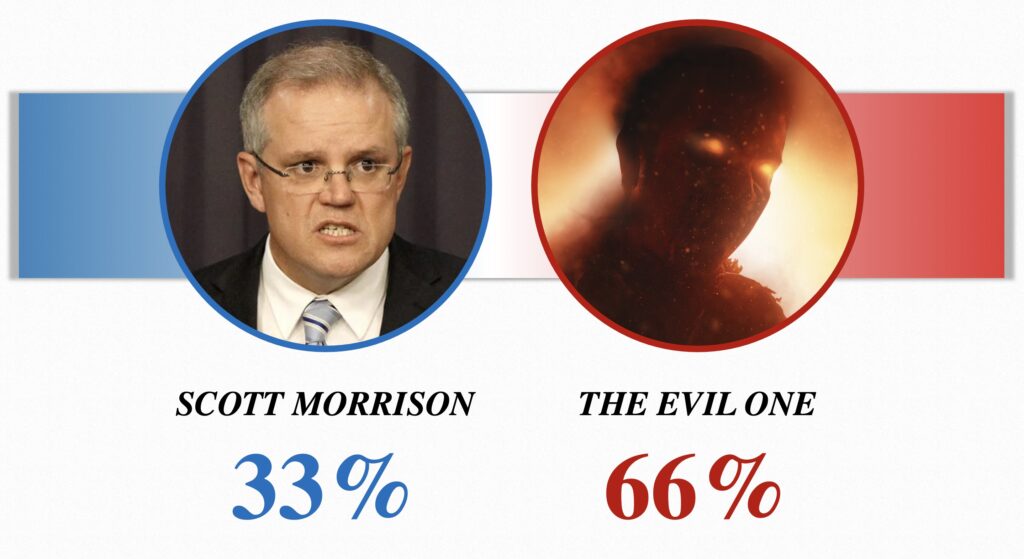 After thousands of years reigning as ruler of Hell, The Evil One has decided to make the natural step into Australian politics. This week Satan celebrates the results of the latest NewsPoll which confirms that they have secured the spot as preferred PM by 66.6% of the population.

Insiders say Rupert Murdoch asked the Evil One to step into the role.

With the ability to utilise all the tools of the underworld for their campaign, The Evil One ultimately decided the most effective method was to push their political aspirations using social media. Mostly running their campaign on Facebook and Instagram, The Evil One also released a string of promotional TikToks and repetitive Spotify ads.

The news comes after Scott Morrison revealed this week that God had ended his 2000 years of abstaining from divine intervention by specifically placing Scott in the role of Prime Minister. Theologians have since asserted this was probably another of God’s continued attempts at political humour for His side gig as an amateur satirist. God’s comedic repertoire currently boasts other works such as the creation of platypuses, letting everyone think the Earth was flat for a while, and co-writing the ending for the 2021 Oscars.