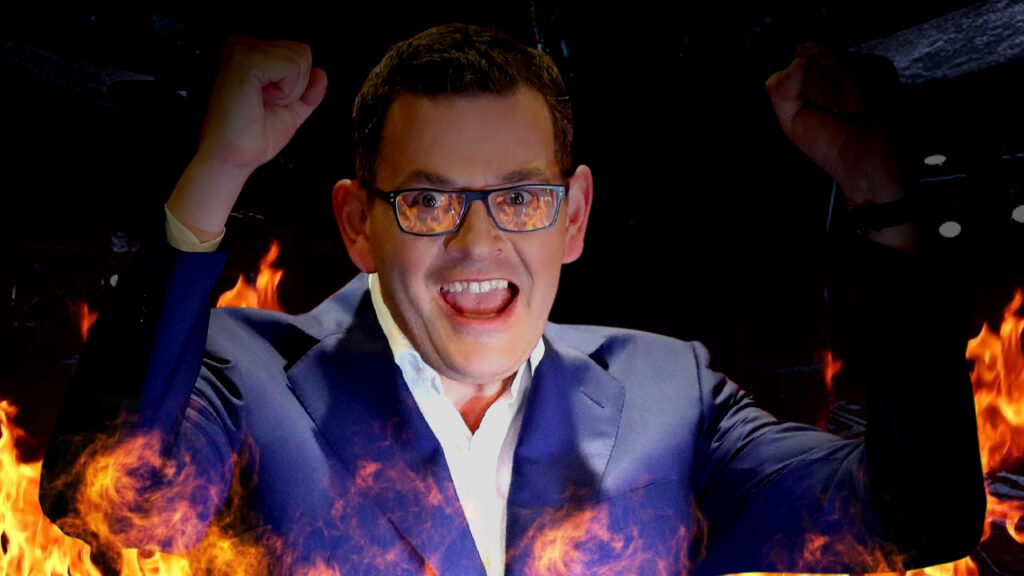 Baby murderer and genocide enthusiast Dan Andrews has today laughed manically after plunging greater Sydney into another week of lockdown, in the latest step in his plan for total world domination.

“Yes, yessss, it’s all falling into place,” Andrews was heard telling his cowering underlings at his lair today. “Only one more week and Melbourne will have that ‘Most Livable’ city title in the bag for another year! Mwa ha ha ha ha!!!”

The decision by Dan Andrews to force NSW’s innocent and vulnerable Liberal government to lock down is just the latest in his dastardly plan to use the virus as a cover in his quest to control all of humanity. “Ha HA! Just three more cities in lockdown and I can finally execute my plan to… um… well I don’t actually know,” said Dan, evily, “I guess I’ll do something with microchips in vaccines maybe? Do we have that technology? No? Okay well how the frick am I going to take over the world then!? Are you telling me I’ve just prevented a virus outbreak for nothing!?! And I look really good and caring? God dammit, every time! Okay well back to the drawing board folks. Someone put some coffee on, the taste of third world labour should inspire us.”