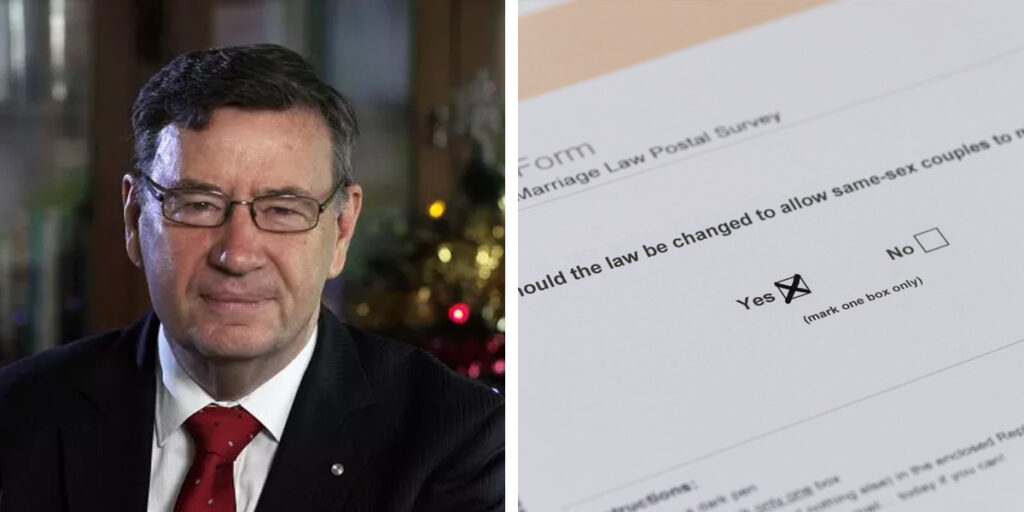 The Church of England is in damage control today, following revelations that the Anglican Diocese of Sydney has donated $1 million to support the fight against same-sex marriage in Australia. Stepping away from their previous public statements that it was up to individual Anglicans to make up their minds on the issue, the Archbishop of Sydney has now clarified that the Church of England firmly believes that marriage is a sacred institution that cannot ever change, except for that one time when a certain church was founded by King Henry VIII solely for the purpose of changing the marriage laws.

“We have nothing against gay people,” said the Archbishop this evening, “It’s simply a coincidence that we’ve strongly opposed every single piece of legislation aimed at improving the lives of LGBT people. No, our wish to ban same-sex unions simply stems from our strongly held belief that marriage is a religious ceremony that the state has no place in defining, unless we’re talking about divorce, in which case the state is well within it’s rights to over-rule the established Church and those pesky Bible clauses that say divorce is a mortal sin.”

“Besides, unlike divorce, there’s a clear precedent for the church to take a stand against same-sex marriages,” continued the Archbishop. “I think we all clearly remember the Bible verse where God stated he was against people of the same gender marrying. It’s right there next to the part where Jesus says that you should give tithings to the church, you know, right before Jesus lists the rules about how an established clique of men in funny hats should dictate what is and isn’t a sin.”

The Catholic church however has hit back against the Anglican Church, stating that it was not their place to dictate what is and isn’t Christian. “If you’re against changing the definition of marriage, then the fact is you’re just admitting that your entire church was founded on a scam to let some horny old politician in a bedazzled mumu sleep around without getting a spanking from the Pope,” said Cardial George Pell during a court adjournment this evening, “That of course means by extension you Anglicans are admitting that the Pope is still rightfully the head of the entire Church. This of course means you all owe us about 500 years of tithings. We’ll take that million dollars as a downpayment and we can go from there. That’ll actually come in handy, we were about to give about that much to support the No campaign, minus a ten percent tithing so I can buy a new sparkly hat of course.”

Jesus was unable to be contacted for comment in relation to this piece, on account of being dead for two thousand years and not existing.