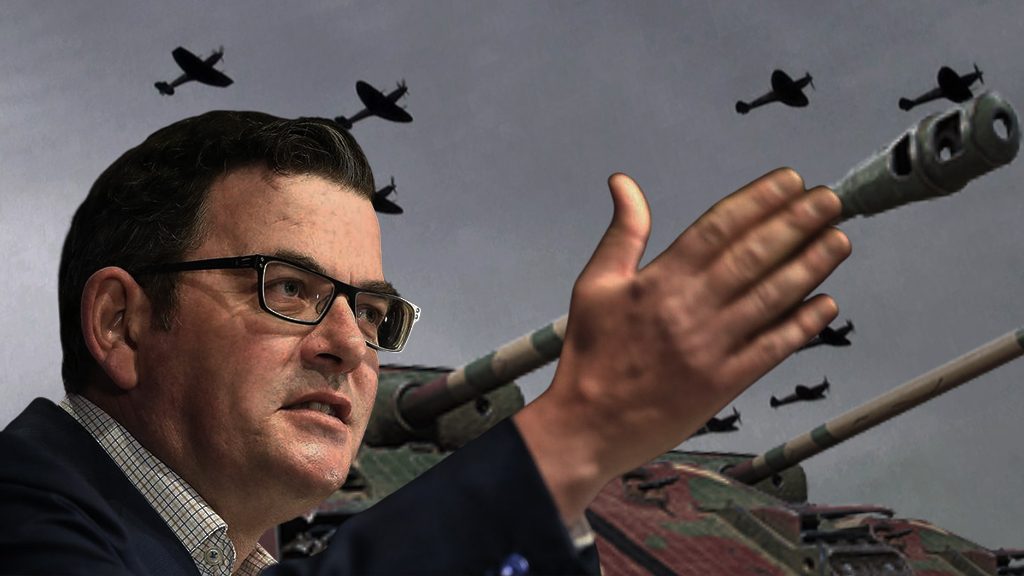 Reports emerging out of Europe this morning indicate the Polish capital Warsaw has fallen to the Victorian Liberation Forces, after Dictator Dan Andrews sought to further entrench his ruthless grip on power.

The move is just the latest escalation by the out of control power-hungry maniac Dan Andrews, with many witnesses saying the move into complete genocidal fascism was not at all unexpected. “You know we all saw this coming when he asked everyone politely to stay indoors for a few weeks and watch Netflix to save the elderly,” explained one historian. “It’s the typical process any dictator – first a public health order to prevent a plague, then boom invade Poland and set up concentration camps. Oldest trick in the books.”

Asked why he had suddenly decided to own his title of ‘Dictator Dan’, Andrews said he was simply trying to win over the Sun Herald. “At first I thought I’d try get them on side by being a widely loved and competent leader,” explained Andrews. “But that didn’t work. So instead I looked at what kind of leaders they support and I realised I’ve been doing this all back to front. The one consistent thing the Herald Sun has praised is leaders who put people in detention camps – so it turns out they actually secretly want a dictator.”

“Anyway, I’ve gotta go, we’re about to start the pogroms. This one’s for you Herald Sun.”