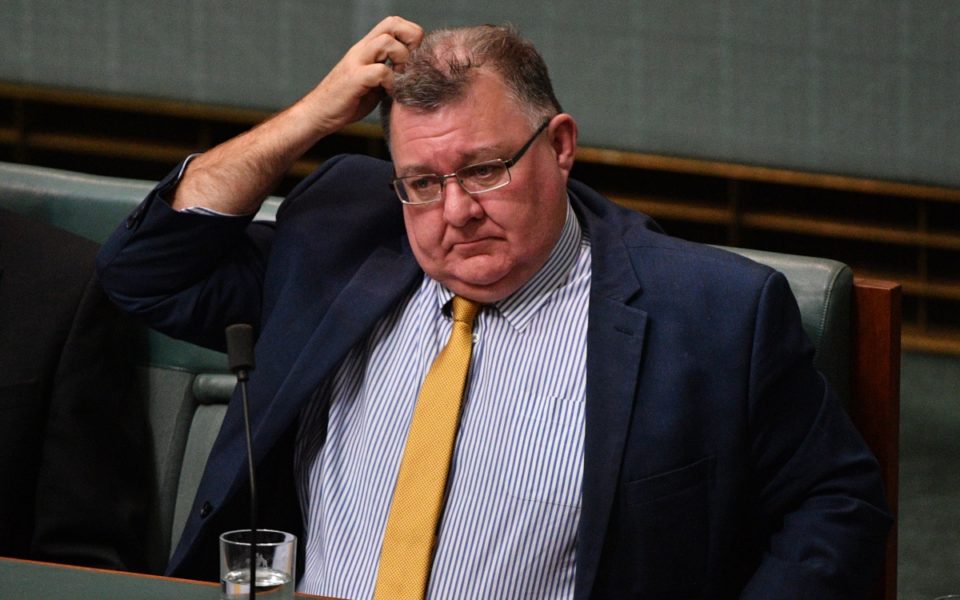 Liberal Party MP and Minister for National Embarrassments Craig Kelly has today called upon his years of research into great deals on a range of living room furniture to deliver a stunningly well-researched rebuke against the NASA scientists who have repeatedly stated global warming is a real and already observable phenomena.

“What would those idiots know?” asked Kelly, scoffing as he accepted another generous bag of money from an anonymous coal baron. “As a former furniture retail assistant I think I’m better versed in this topic than some ‘scientists’ who ‘has actually gone out and done the research’. God can you imagine what would happen if we started relying on experts for things instead of just consulting random members of the public. Oh shit, oh shit, oh I just tripped, oh I think I broke my toe, somebody call a plumber!”

Asked what exactly the evidence is that he’s relying on to argue against the fairly difficult to disprove evidence of the giant pond where the arctic permafrost used to be, Kelly produced a range of documents showing the specials available on lounges at Fantastic Furniture this month. “See, look at this!” said Kelly, “This is a catalogue from 1995 which listed the Model B3 chair, and if you look at this catalogue here from 2019, right there you can see the same lounge! So clearly the world hasn’t changed at all, not to mention my first hand research which has found the sofas still feel like the same temperature when I sit in them, though admittedly I had to adjust for variables like the air-con effect and the airflow of my haemorrhoid cushion. Checkmate scientists.”

Kelly then rushed out of the BBC interview he was in the middle of, stating that he was late for a UN summit on the endangered status of recliner chairs in tropical climates.