National
Covid declares we must learn to live with NSW government
August 20, 2021 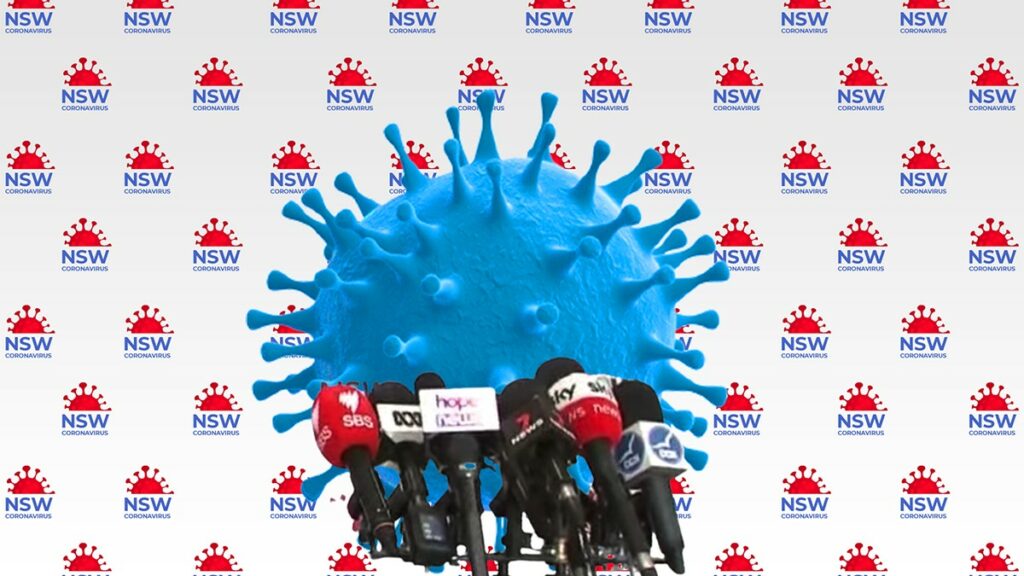 NSW resident, the novel coronavirus, has today held a press conference to inform the public that the situation is now too far gone, and that the people of NSW are just going to have to live with the disease they call a government for at least the next year.

“The fact is nobody could have predicted it would have been this bad,” said the defeated virus today. “The best we can hope for now is that everyone be injected with enough knowledge that they’ll be able to eradicate this growing problem at the next election. Until then we all just need to bunker down in our homes and ride out the worst of this.”

However experts have suggested there were early warning signs of how deadly the NSW government and it’s Federal variant had become, within days of the latest outbreak. “I think the fact that when the outbreak was occuring, the NSW Nationals were some of the first infected due to holding a gathering in Paddington, and the fact that the Prime Minister was too busy swanning around British pubs to address the situation, and that the acting Prime Minister was too busy fighting a leadership spill to deal with the outbreak – these might have been a good indicator of the danger to come,” explained one political scientist. “Also simply the fact that they’re NSW politicians. That was a bit of a red flag too I guess.”