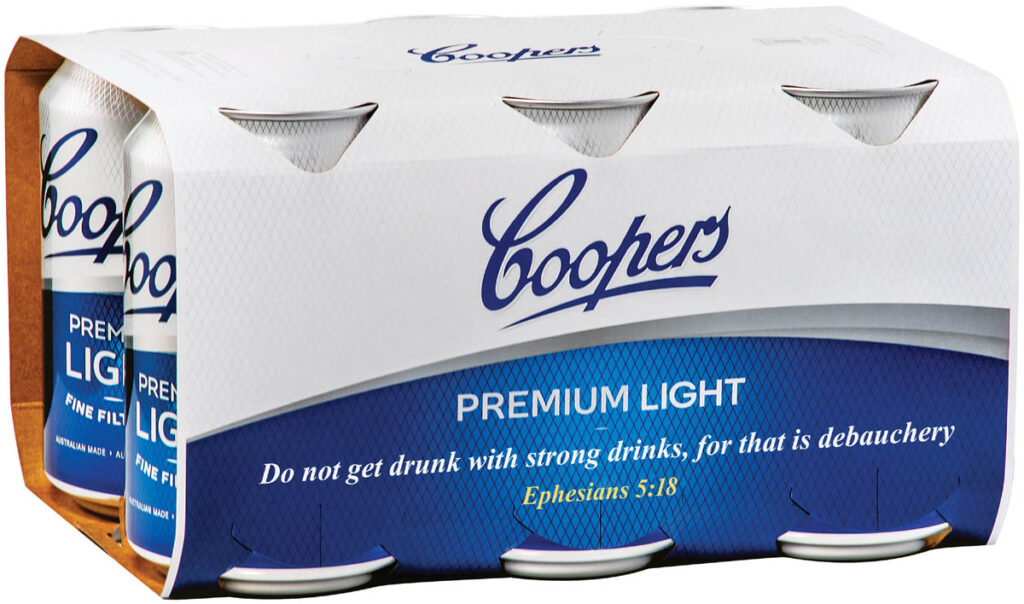 The Coopers brewing company has today withdrawn thousands of bottles of it’s flagship product from circulation, following the discovery of a printer error which saw the bottles accidentally branded with the bible passages condemning drunkenness, instead of the passages condemning homosexuality that they had meant to print.

Speaking to the press in large sunglasses and wearing a fake beard, the spokesperson for Coopers Brewery, a Mr G. Pell, said that any customers who come across the quotes should not be alarmed, and should simply ignore those particular teachings from God.

“Look we all know sometimes the all-seeing creator of the universe gets a bit mixed up and tells us to do the wrong thing.” said Mr Pell. “And while there may be twenty quotes in the bible denouncing drinking, there are almost twenty five saying it’s okay, so I think we all know where God actually stands on this issue. And unlike homosexuality, drinking alcohol never hurt anyone.”

When questioned as to why a beer company needed to even weigh in on the issue of people’s sexuality at all, the company responded that it was their duty as a proprietor of drinks for people looking to drunkenly hook up to ensure their product was only purchased by the most pious and devout members of society.

“In this matter God is very clear,” said the company in a press release. “Take Corinthians 6:9-11 – Neither the sexually immoral, nor thieves, nor the greedy, nor homosexuals, nor drunks, nor revilers, will inherit the kingdom of God. So as you can see it’s right there in black and white. Right before the drunks and revilers bit. But you probably should ignore that.”