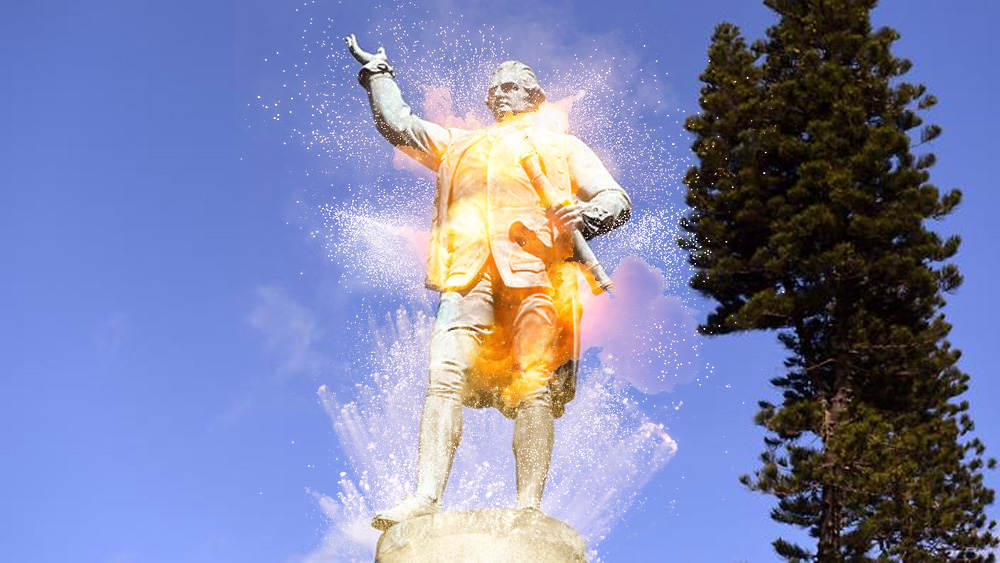 The Rio Tinto mining corporation has today attempted to make right the recent destruction of sacred aboriginal sites during mine-clearing operations by also accidentally blowing up something that white people hold sacred.

“Whoops, our bad,” exclaimed Rio Tinto as they accidentally detonated a statue of Captain Cook and a nearby Church. “You guys weren’t using that were you?”

The desecration of the sacred site is said to have angered many in the settler community who considered such sites to have cultural and religious significance. “There were a lot of invaluable historic items on that site that would have helped us better understand white culture,” explained one Aboriginal expert in Anglo Studies at Arnhem University. “There are still many things we don’t understand about these people, like why they are so attached to these tacky statues of British sailors while also being so obsessed about not being treated like a colony of Britain.”

Asked what they would be doing to make amends for what they had done, Rio Tinto executives said they will be saying sorry, and then not following that up with any further action.