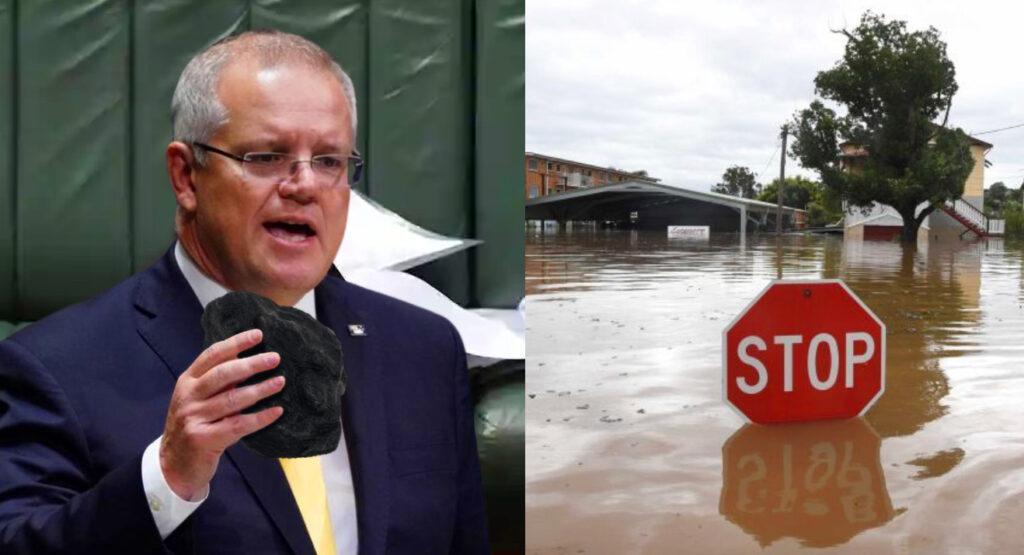 The nation of Australia has today buckled down for it’s 5th once-in-a-lifetime natural disaster in 5 years today, after torrential floods allowed the CSIRO to complete their “things we fucking told you were going to happen” bingo card.

“Who would have thought all those people who study the climate for a living would be right about the climate?” shrugged one local man. “Here I was thinking some random dude who was given a TV show by Murdoch despite not finishing high school would have been just as informed on the topic as someone who’s been studying the topic for 40 years, but I guess I was somehow mistaken.”

Asked whether they would be doing anything to prevent the already escalating disaster getting worse, members of the public shrugged. “I dunno man, sounds like a lot of effort,” explained one bystander. “I mean moving my super would take like five minutes. I can’t afford to waste that kind of time on something as trivial as stopping a lifetime of floods, droughts, bushfires and hurricanes.”

Asked whether he is considering changing his mind on climate change in the face of the latest floods, commentator Andrew Bolt was unable to comment, due to having drowned earlier after refusing to wear a scuba mask.