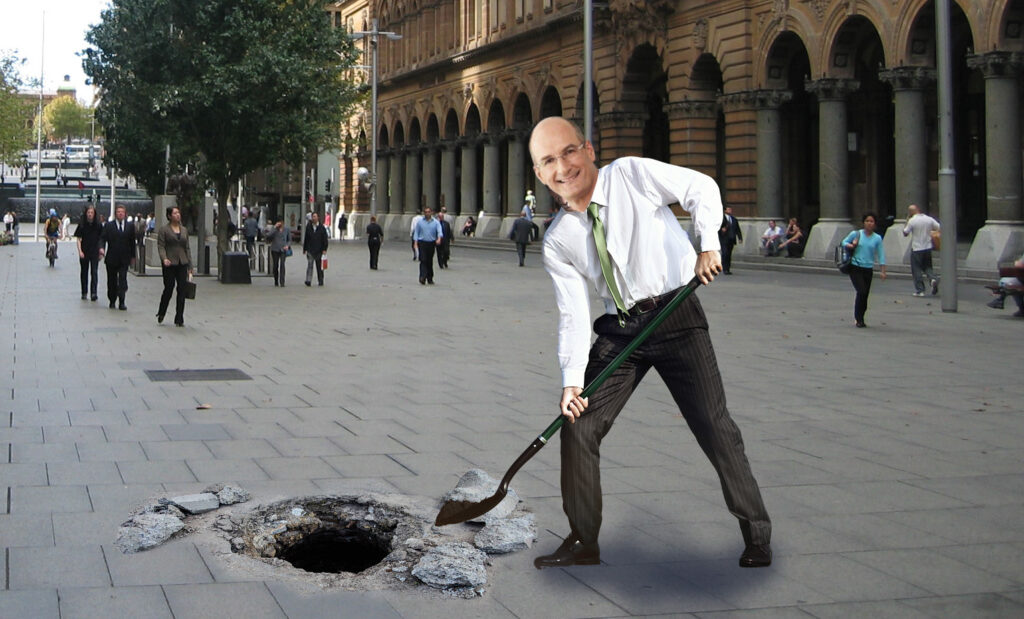 The Seven Network have today successfully buried all evidence of allegations relating to a staff member accused of war crimes, after successfully hiding the story in a tupperware container and concealing it underground.

“Noting to see here!” a frantic David Koch was heard shouting at passers by as he dug up the footpath out the back of Martin Place, “just a bit of casual burying the evidence, not worth telling anyone about I assure you.”

The evidence will be buried alongside channel 7’s journalistic legacy, and Weekend Sunrise, whose ratings are so low you have to dig for them.