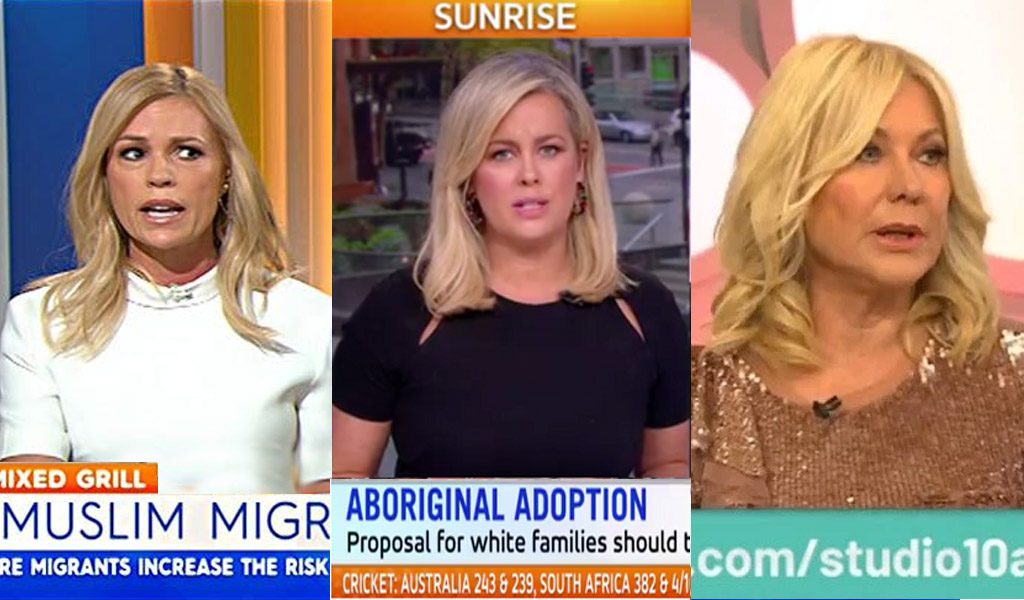 TV networks across the country are in chaos today, as TV executives frantically combed the nation to find a single non-racist blonde woman to host their breakfast TV shows.

“The count of non-racist blonde TV host is dropping at an astounding rate,” reported one network executive this morning. “I mean, it’s bad enough that they’re all racist as hell, but to make even worse, we can’t get rid of any of them because then it’ll look like we’re sexist.”

“We’ve done the math and as far as we can tell, having women on screen is still more important than not being racist to a majority of Australian breakfast TV viewers. In fact for most of our viewers, that’s actually a winning combination.”

The uptick in the search for non-racist blonde women comes in the wake of veteran TV host Kerri-Anne’s latest outburst, which saw her announce that while she is aware of the Change the Date protests, she “ain’t spending any more time on it because every six months someone is torn to shreds by a crocodile in north Queensland.”

The fallout for Studio Ten is just the latest in a long line of racism controversies that have swept Australian breakfast TV in recent years, with both Network Seven’s Sunrise and Channel Nine’s Today show also having somehow found it impossible to just sit there and make inane banter for two hours without mouthing off on people’s skin colour.

When contacted for comment, a spokesman for Sunrise said that they now recognise that there have been instances in the past where the show has stepped over the line when it comes to commentary about race, and they will be addressing this next week in an all-white panel featuring resident race-expert Pauline Hanson.

The nation’s anti-extremism taskforce say they have also increased surveillance in the wake of the recent outbursts, with an entire team now being put on duty watching breakfast TV every morning for signs of radicalisation. “We’re not taking any chances here,” reported the Taskforce chief this morning, “and as a result we’ve taken Sandra Sully and Jessica Rowe into protective custody until we can ascertain their viewpoints on whether Charlie Pickering or Waleed Aly makes a better host on The Project.”