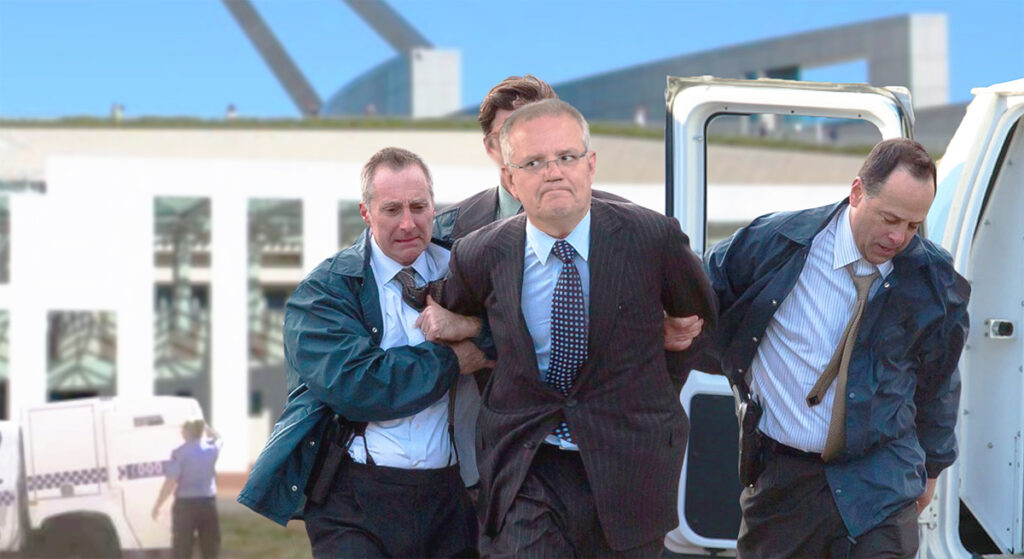 The Liberal Party has today been thrown in jail after calling on the public to boycott Coles only a month after proposing a ban on boycotts.

“Look, it may seem harsh, but rules are rules,” said Prime Minister as police dragged him out of his office. “You can’t expect us to disrupt vital business revenue and not pay the price.”

“The fact is that these lazy boycotters aren’t contributing anything meaningful to society.” said Morrison, pointing at the rest of his cabinet. “They just live off government money, the tax dollars of everyday hardworking Australians, and then throw a tantrum when things don’t go their way. Well enough is enough, Australia’s had a gutfull. Every single Australian I speak to wants to know when these freeloaders are going to start pulling their weight.”

“These people want to tell you where to live, what job you can have, what you can say and what you can think – and tax you more for the privilege of all of those instructions. Well that ends today, with all of us being locked away. You’re welcome Australia.”