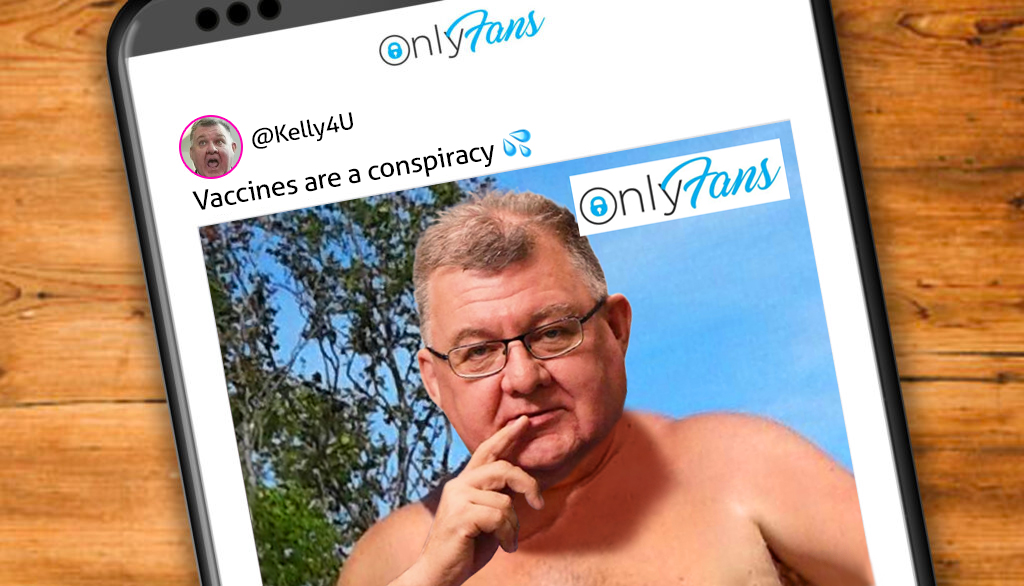 Member of Parliament and guy who seriously believes he’s going to upend decades of medical research with something he found on Google, Craig Kelly, has today been banned by Facebook for spreading disinformation. “As you all know we at Facebook take a strong stand against disinformation,” said a spokesperson for the company today. “Fake news has no place on our platform, except for the stuff we’re paying News Corp $30 million to spread.”

To reach his adoring fans, Kelly has now been forced to turn to OnlyFans, where for only $5 a month followers can access a premium selection of steamy conspiracy theories and sensual quack medical cures.

Asked how they felt about his move to their platform, OnlyFans owner Wane Ker said that Kelly was a perfect fit for their platform. “A lot of people have been saying it makes no sense to have politicians on here, but they could be more wrong,” he explained. “I’ve always said that the platform was a place to broadcast huge cocks and I couldn’t think of a better source of those than our federal parliament.”