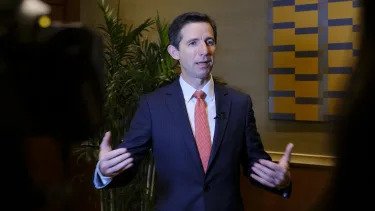 The Australian tourism minister, Simon Birmingham has assured Chinese tourists that the racism they deal with in Australia is on the same level as it is for everyone else. The comments come after China issued a travel advisory warning tourists about a surge in anti-Chinese sentiment in Australia.

“When it comes to discrimination, we’re all about equal opportunity.”

“If you think about it, if Australia wasn’t racist to the Chinese it would actually be more racist,” he said nodding slowly and tapping his nose.

In attempt to spin a positive message, Mr Birmingham also reassured Chinese visitors that the racism they faced was just a fraction of the systemic racism that Indigenous Australians experience every day.

Percy Hoare, a white, Anglo-Saxon backpacker from Bristol in the UK said “People say Australia is a racist country but it’s just not true. I haven’t seen any evidence whatsoever since arriving yesterday and going straight to Bondi.”