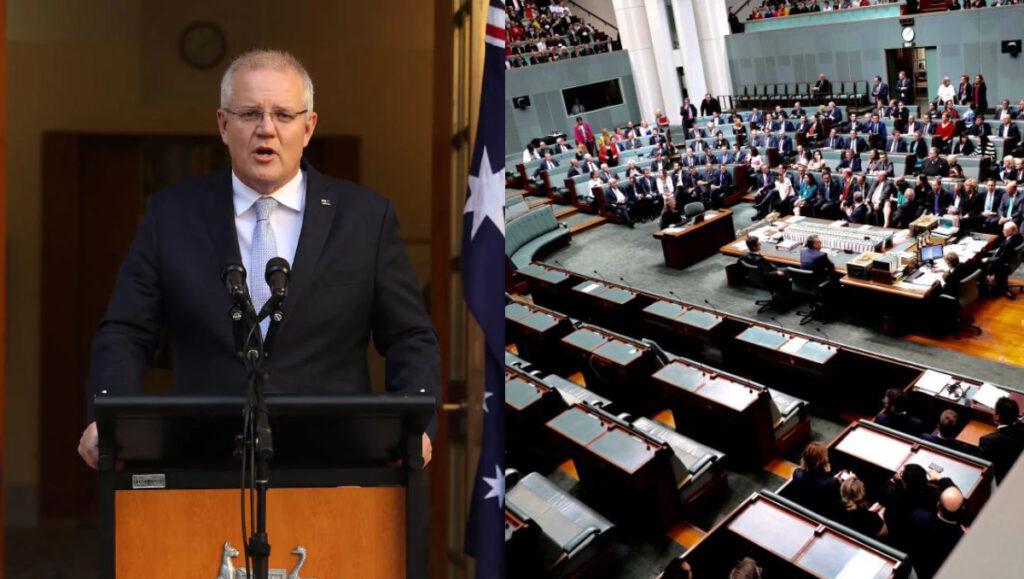 The Australian government has has held an emergency sitting of parliament tonight in order to discuss repealing same-sex marriage, in the wake of the 8th natural disaster to hit the country in under one week.

“Izzy was right!” one terrified MP was heard screaming as he ran into parliament while being pummelled by flaming hail stones. “Forget human rights, forget the rule of law, forget the separation of Church and State, it’s the apocalypse! We’ve got to start sacrificing the virgins to appease the gods! Someone hold down Christopher Pyne and I’ll get the matches.”

Asked whether this all might be a bit drastic, the Prime Minister said he couldn’t afford to take any chances. “Look, we’ve had fires, floods, smoke, crocodiles on the loose, hail, dust storms, and now a potential plague all hit the country within one week,” explained Morrison. “If that’s not God showing he’s angry at us I don’t know what else it could be.”

Asked whether it might be climate change behind a majority of the freak weather events, given scientists predicted it would cause this exact outcome over 20 years ago, Morrison said that “so called Climate Change” was just wild superstition, and he would not be making laws based around the fringe beliefs of a crazy cult.

In unrelated news, the Religious Discrimination Bill is expected to be passed by the parliament early next week.

UPDATE: A representative for God has explained that the All Seeing Holy Father was not responsible for the latest weather events, or any other human suffering, as he has been taking some much needed time off in Hawaii for the last 2000 years