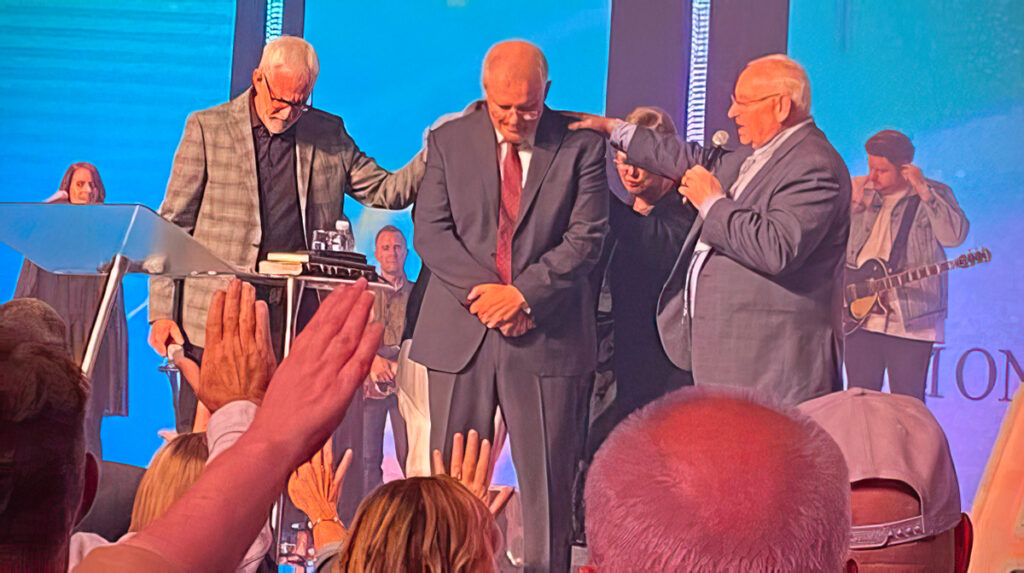 ASIO has today warned of an increased risk of religious extremists harming the citizens of Australia, after hearing Scott Morrison’s weird speech to the Gold Coast Christian Conference.

“We’re warning every Australian to be on the lookout for signs of religious extremism,” the head of ASIO told the Senate today. “Signs like an almost fanatical dedication to turning up to Bunnings every Sunday, hanging out in cult like groups who all share the same warped regressive values around women and desks, and even more alarmingly if they forcefully hug you and then start muttering things about ‘healing you’ through the power of some invisible being. That’s really a sign someone’s off the deep end.”

The religious cult that has claimed responsibility for millions of brutal deaths through terror cells known as ‘crusades’ and ‘inquisitions’ is best recognised for its iconography, where adherents worship and even wear images of an ancient torture device which people were brutally nailed to before being left to die. One particularly dangerous sect of the cult has even developed its own nation state, which hands out regular instructions to cells embedded in other countries and governments.

ASIO has expressed fears these religious extremists may have already secretly infiltrated many areas of Australian society. “They could be in your local football team before defecting to France. They could be operating dkywriters over Sydney. They might even have infiltrated your local school every Wednesday, radicalising your impressionable children. You just never know. We’re asking all of Australia to be alert, and probably alarmed too because seriously have you read the transcript of Morrison’s speech? It’s really weird.”